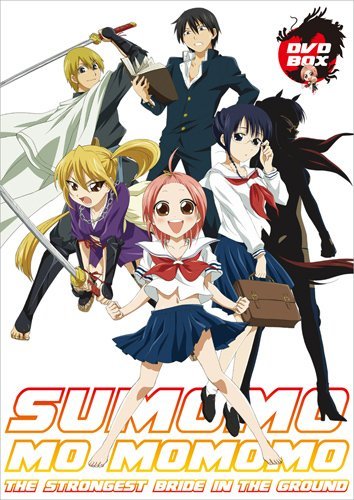 This show is among the worst show that was possibly aimed at my audience. Its annoyingly fanservacy and much of it goes nowhere, which is okay for a school slice of life, but not an action anime.So the story is about this guy who likes to study and hates martial arts, despite his action heavy ancestry. Then the rest of the show is mostly about him getting sexually assulted by some sort of pink haired... thing. Yeah, it's funny the first few times she tries to sleep with him, and then she gets tied up and  thrown outside, but that gets old fast, and the only pleasure you can get out of it at that point is that people are getting hurt for their poor excuses for comedy. And that worries me.Oh right, you wanted the real story... Uhhmm, I think I can do that. Lets see, there are two ancient warring factions divided up by the chinese zodiac, but they turn into the animals if embraced by the opposite gender and they are still warring today, mosty to try and take out the koushi because he's the head of one of the sides or something, I kinda stopped caring after a while. Now you're probably wondering why I watched this show if I hated it so much. MOSAIC.WAV is why, I love their music, and they did the opening themes. Somehow their music kept me going for the 24 episodes. That said, there's not much else in the music section. And MOSAIC.WAV's music is an aquired taste anyway.Now the characters, oh the characters. Momoko could be replaced by a post-it note that read "I want to have Koushi's babies" Iroha could be replaced with a picture of a half-dressed loli with "ninja" written on it. And then there's sanae. At first she seems like the most likable out of all the girls in the series, kind, normal, and not planning on jumping the main character in his sleep. but then we find out that she goes around at night in a skimpy outfit, fighting crime. THEN we find out that the less she wears, the more power she gains. When I read this I immediatly turned off the tv, went into my room, and went to bed, because there was no way that I wasn't dreaming such a stupid plot point. I don't care how badass she can be while naked, Such A Blatent Excuse For Fanservace Is Never A Good Thing.On the other hand, the guys in this show aren't half bad, I dont know if it was because of the contrast from the girls or that Shinobu Ohtaka just can't make good girl characters. Koushi is actually the type of guy you'd expect to be a harm lead, charming, attractive and hardworking, a fresh thing in the harem world. Hanzo is more like a normal harem lead, geeky, meek and unlikable, but he gets treated like he should and never gets anywhere romanticly. Also he's a ninja. Tenka is fun because he's this big tough man who acts like a cat and talks to a soccerball named becky, both pretty fun things. And Saigo who is what I assume most japanese think of americans, except for his love of nice things. I like nice things, and this is a nice thing.Really, this show is only half good, or at least it would be if they gave the men more time. So really we have mindless ecchi instead. I reccomend this show to people who saw sora no manimani and thought it was too good/not enough action. Also to people who like the idea of heavy handed excuses for thier ecchi, so eiken fans then.

This anime was a oddity for me. It had the queer ability to make me laugh my ass off while at the same time annoy the hell out of me. Story: To me, the main premise of the show was kinda dry, or in other words just lacked much in the way of substance. Frankly I don't think they were trying to hard here since I believe their main goal was to be funny, thankfully they at the very least achieved that. In the end, they did get kind of serious with it but they didn't try to shed the comedic value that they cultivated from episode 1. If you're looking for a great story, you're not going to find it here, if you want to laugh randomly but heavily, you might find your taste here. Animation: To it's credit, the animation was solid, but lacked any kind of realism, or great artwork. Though, really, I shouldn't and don't expect such a thing for a show like this. It covered the basics, kept it's consistency through out, and didn't try to pander too mu... eer OK so there was a lot of fanservice >.> Hey, it's an ecchi show, what could you possibly expect here? Sounds: The main reason I took this down below a passing or even slightly unacceptable mark is due to the voice actors. I'm sure they were told to make such noise but damn did it get on my nerves a lot. Momoko was the main offender here and sadly she talked way more than she needed to. The good news is that she got quieter/softer voiced as the show progressed but it never quite left that "cat walking on a chalkboard" sound she had half the time. Characters: I left this blank on purpose for the sole reason that I didn't have a freaking clue how to score it. The characters, usually the same ones I liked I also hated, the ones I enjoyed also annoyed me. It was that very strange duality that made it impossible for me to give any kind of solid score at all. A very rare thing indeed for me and any of my reviews. Still, I do have to say that Momoko has further solidified my distrust of any female with pink hair... anything able to level a building with a single punch qualifies as dangerous and worthy of avoidance at any cost. :P Trust me, look at any other anime with the pink haired girls, they're destructive and half the time prone to wild mood swings (wait that's girls in general >.>) *coughs* xD Overall: I didn't give it much of a decent score here for the main reason that I'll probably never watch this show again, I -might- recommend it to someone that's looking for a cheap laugh and a few decent fight scenes. The ending was at least moderately satisfying as well but was pretty much about as predictable as it gets from my point of view. If you've got a high tolerance to noise pollution, like a good laugh, and enjoy over the top martial arts action, you could find worse titles. 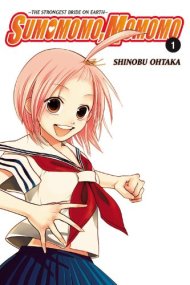