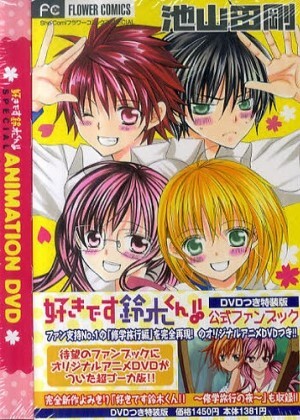 These are both anime which are there for the purpose of advertising the manga, they give you a short glipse into what you would expect in the manga. They both only give you a short idea of the manga though, they don't go into as much detail as the manga would. The whole idea like I mentioned its to try and get you to read the manga, the story in both is quick and simple. Both are romance and have a range of character, who you might say are pretty similar. So if you liked one the other should be interesting for you.