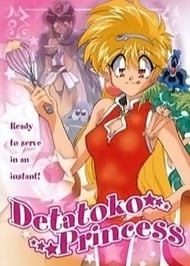 An extreamly strange anime. That is simular to Draon Half or Slayers in it's over all theme. If you wish to watch a random or silly anime then this is one for you, it is fairly short so dosen't take up a lot of your time, the story line is next to none existant.

Another short series full of slapstick comedy and aimless story. It is fine if you like short uptakes but you will probably get over it quite fast. ART SECTION: 6/10 The general feeling is nothing much. Just silly looking characters roaming free in a silly looking world. It ain’t more complicating than most JRPG of the early 80’s (flying islands, magic staves and chibi summoned monsters). Just simplistic and incoherent ideas wrapped up in a short package of silliness. The thing that attracts the eye most are the very smart camera angles. There is plenty of fish eye perspective, multi-layered method of depth, x-ray vision, bullet-time, spotlight focus and many more weird –sounding optical tricks that you wouldn’t expect to find in a slapstick comedy. So, the animation is poor but the the visual effects are great. SOUND SECTION: 6/10 Voice acting and music themes sound quite silly but are lively enough to deserve something better than average. Pleasing but not great. STORY SECTION: 3/10 A spoiled magical princess is sent by her parets on a quest of maturance. She meets all kinds of weird people and does all sorts of silly things… That’s it. The story is clearly just a vague excuse for the comedy to come along. It is only 3 episodes, so not much effort is given to the plot. CHARACTER SECTION: 4/10 This could easily be part of a Slayers filler arc. We have a spoiled magical girl that loves pudding and blows things apart with her spells, a hapless male who cares about her, a silly female witch dressed in skimpy leather out to get her and several minor characters that come and go in a flash. Although not original, they are funny. But three episodes without an overall story or any character development are not enough for you to get to like them much. If there was some sort of development and not that many indirect links to the Slayer cast, they would be much more appealing. VALUE SECTION: 1/10 It is not original and it is short. Why bother with it a second time when there are far funnier and longer series out there to chose from? ENJOYMENT SECTION: 7/10 I would be lying if I were saying it wasn’t funny. Especially the jokes about breaking the fourth wall never grow old. For the most part it was very pleasing and I almost wish they had given Slayers the same artistic direction. VERDICT: 4.5 / 10 A nice and quick viewing that is overshadowed by the titles in the following list. SUGGESTION LIST Akazukin Chacha, Mahoujin Guruguru and Dragon Half are equally good slapstick comedies, based on medieval setting. Dai Mahou Touge and Dokuro-chan are equally good parodies, using the Mahou Shojo genre as an excuse. Slayers are by far the longest and funniest medieval comedy ever. 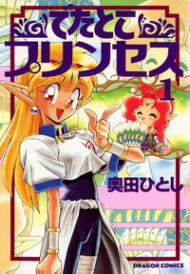