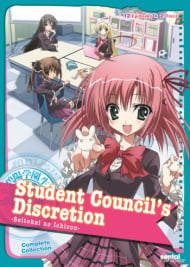 This has got to be one of the most boring animes I have ever watched. I'm not familiar with the original story i.e. light novel or manga. However, I can honestly say that after forcing myself to go through the first 6-7 episodes this show was just plain boring. The story revolves around a male lead (who is constantly made fun of) who refers to the student council as his harem. This joke is quite funny but is overused to the point of becoming annoying. All that happens in the story is the Student Coucil talking to each other for the full 20 minutes about unnecessary s*** to fill the void of them not doing anything during their meetings. I mean no disrespect to the writer of the show but the reliance on showing people otaku and pop culture references was not endearing to me or even comedic. The animation was quite decent considering the imagination of the colourful characters involved. The sound was just doing it's job nothing spectacular. I should note that I believe that the voice actors/actresses did a fantastic job portraying their crazy characters. The limelight of the show is indeed the characters of the show. They are not your standard one-dimensional characters e.g. Mafuyu is a cute, weak looking girl...who is also a BL loving otaku. However, I sometimes felt that to set themselves apart from other anime characters this show was just forcing some of the personality traits just to be different. Overall I was expecting a funny show especially due to the avg ratings on anime planet. However, I found that this show sucked big time mainly due to the fact that there is NO story. I base whether I should drop an anime halfway by asking myself the question "Do I care what happens to the characters?" I do not drop anime very often and this show was strange in that I did care about the characters somewhat. But there was nothing in this show to keep me watching it. Th anime and gaming references that were thrown were actually a bit insulting to me as they were random and unnecessary and added no depth and little comedic value. And to end this review: Did you guys notice that most of the show (like 90%) was contained in one setting? Namely the student council room. To be honest I got sick of being in that room with the characters. I don't usually write reviews about anime as I feel that most points have been covered by other users. But when I feel this strongly about something like this I will write it out. 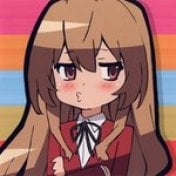 So, let's go. This is my first review, and my first review in English, too.Seitokai no Ichizon, the anime. This anime is an adaptation from Light Novels, who tell the story about some students in the School Council. It's very fun that, in the first episode, the students said that they are recording an anime, like they was actors. The anime do a parody to a lot of otaku elements, like games, manga, another animes, etc...So you'll enjoy more if you know a lot of animes. Well, now I'll go to analyze the story, animation...etc, you know.STORY (7)The story is not the principal thing in the anime. When I began to see this anime, I thought that it would be another anime with "slice of life". But I was wrong. The first episodes don't have a story, but while you see more and more, the story continues, and in the last three or four episodes we see a determinate story. This isn't like Lucky Star (I love this anime) whose unique story is the change of season, nothing more.ANIMATION (8)Good, very good. The movements are very naturals, and the characters and a lot of things have a good movement, too. Maybe, the only thing who is bad is the hair of the characters, they are poorment animated in some moments (Mafuyu, loves the lacquer, isn't it?). The style of drawing the characters and the scenes are pretty good, however, you'll see the room of the School Council a lot of time (In the end, the anime tell the things that they happen to students in a ROOM)SOUND (7)Correct, pretty correct. The seiyuus did a god job with the characters, whose personality is perfectly interpreted by the voice. The shy girl, the serene girl, the hyperactive (and moe) and Sugisaki (a pervert...) The Opening theme is wonderful, the music (Treasure) and the animation. The ending is very funny, with a lot of versions of the same song, even, in one of them, Sakurano sing a song about her (I'm sooo perfect, vote for me! :3) The soundtrack, is acceptable.CHARACTERS (9.5)The best of the anime. Without this students the anime have no sense. In the School Council we can find the "prototype" of characters in a lot of animes: The pervert guy, the shy girl (and addicted to videogames, manga...) the "moe-girl", the "Look-I'm-very strong-and-active-girl" and finally, Chizuru, who is strange: Sometimes is very sweet, but he love masochism and torture (Tsundere? I don't think so...)However, despite the characters could be very "stereotyped", they looks like very real. Sakurano, the "moe-girl" is called to this way by Sugisaki, but she said that she isn't "moe". Mafuyu loves the videogames, RPG and BL, Minatsu is very active, and Chizuru really loves to read. Sugisaki is a real pervert, who plays all the time to eroges. So, in this anime, we found with characters who have a "stereotyped personality" but with some changes and, the most important, their personalities are not extreme (Sakurano isn't the perfect protoype of moé, Chizuru is sweet and cruel sometimes, but she isn't a Tsundere, etc)So this is the end of the review. I think it could be better, but the language...aw, the language. It doesn't care, I'll try to make another review better (in Spanish or english? I don't know) 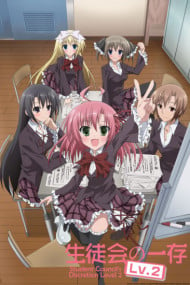 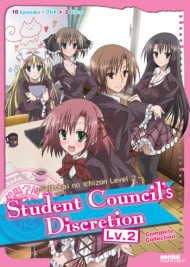 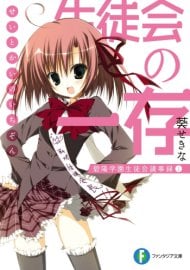 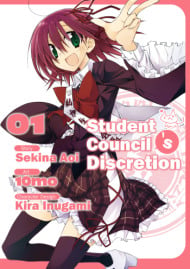 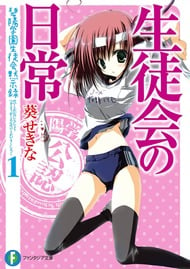 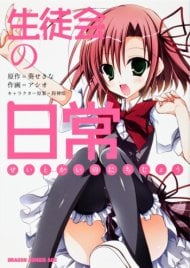 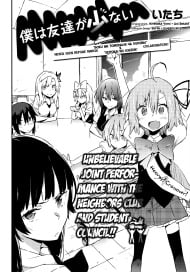 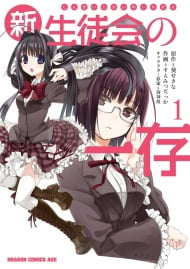