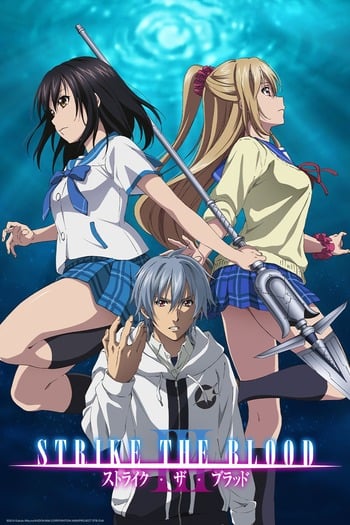 Im surprisied it's getting another season since the first season. its basically fan service with the nudity, and its harder to find the episodes since season 2 & 3 aren't on a readily avalible site, you have to do some digging to find them. with that said i still love all the characters besides the cringy lines before the boss battle (so to speak) of an episode/arc.

Character wise, the Main protagainst Kajou Akatsuki is a potato-brained idiot who can't take hints from girls, which makes him unique in the aspect of love and makes him a little innocent despite him being a blood sucking vampire with a neck fetish, and having seen almost every female character nude.

The other protagainst Yukina Himeragi being this "innocent" middle school girl that is a fucking ANGEL FLUX and always risks her life when wielding the Schneewalzer.

Animation wise, The way the characters look and move aswell as their expressions are really life like besides the over exaggeration in certain parts, the boss fights look like its inspired from Dragonball with the power up lighting effect on Kajou and overall looking really sleek and you can mainly tell what he's using when fighting.

Sound wise, the voices fit the characters really well and i couldn't imagine them being any different although i get the feeling sometimes that some characters had very similar voices (probably same voice actors to save on budget) but the sounds of walking on pavement and the train are very realistic.

Story wise, its been the same story throughout all the seasons. The build-up to fight vatler in this season and make Kajou the most powerful vampire in the world.

Overall it's fundementally good whilst being the same sometimes which cant be help.