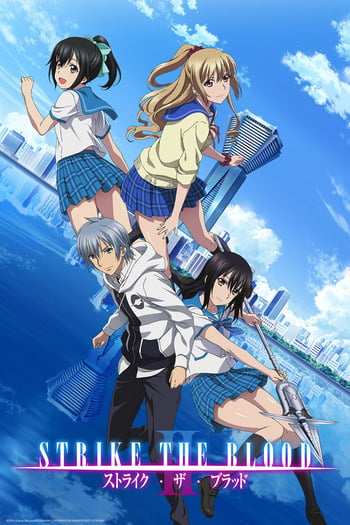 The hero’s party was attacked by a large group of powerful devils. The party will no doubt be annihilated if this were to go on. One member of the party, the strongest mage, Rakku, decided to stop the enemies in their tracks.

Yoshio Tanaka gets reincarnated into a fantasy game world, with healing magic as a “cheat” ability.

The strongest and oldest dragon who had lived through eternity allowed himself to be killed by Hero. Just as he prepared for eternal sleep, he realized himself reborn as Dran, a villager in the frontier. Working the field, hunting forest animal, and having a warm life has filled his heart with joy he never experienced in his whole dragon life. One day, when he's patroling the forest near his village, he encountered a powerful demon army...

A private high school that brings together "saviors," youths with awakened memories from past lives. Some of them are Shirogane who fight enemies with weapons and techniques gleaned from the Prana powers from their own bodies. Others are Kuroma who wipe out enemies, with magic to manipulate the Mana powers that surpass physics. A boy named Moroha Haimura enrolls in this school. He is the first person in history with past lives of both Shirogane and Kuroma.

Raising a hundred heroes and ending the war with an evil god, Eisen saved the world. Having received a great injury from protecting the heroes, he left for the Other World to recover. In that time, the heroes made use of their abilities to contribute greatly to the development of the world. Longing to meet again with the master they admired, they reported to him of their achievements in detail. Reading their letters, Eisen makes a decision to set out and pay each of them a visit as he travels the country to sightsee.