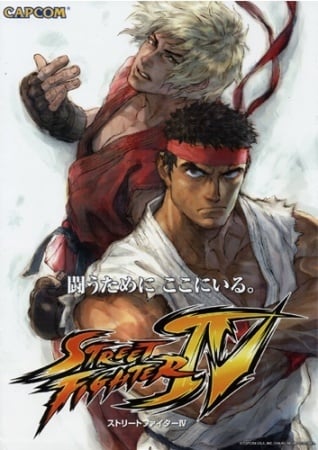 Well this is just as basic as ever,terroists come and Ryu and Ken get involved with Chung-li and Guile and take down the terroist.There was just two interesting things,the first one was that they kept the villian's face hiding up till a certain point so some suspense can be kept there and the other was the involvement of another organisation which was Shadowlaw(well i watched street fighter 2 and i thought that Bison was dead but apprantely he wasnt according to this OVA).The reason why I rated this story so low was due to the fact that at the end it felt only as if the anime had just begun and the terroist who was expirementng with the fighters was not even killed and then in the closing minutes you realise that Bison is involved.To make things worse is that most of the time they jusy go on and on and nothing is relavent to the actual story.I'll be honest this started out with so much potential, in the opening minutes I found myself absorbed into this beautiful story but as it progressed on I started to lose interest.

Well, this is a new type of fighting for street fighter I mean this because I watched the old ones first(just saying street fighter 2 was the best my opinion anyway)and well the older animation of street fighter was by far better than this one.I beleive what the makers pushed for in this one was for more deeper story(and failed miserabely) and killed the story with to much unnecessary detail.The fighting was pretty basic there isnt anything to flashy or really fast movements the last fight was stupid Ryu gave a speech miracusaly found a new wat to use the hado power and break off the hand of the last man and yes he runs away and lives and the OVA ends.

Well wow!This music was so incredible!I fits so much into the mood thid anime tries to create and this may come as a shock but the english dub was very well done.

This character design was very new, the old character design is by far better. Ryu was deep the others were kind of hard to figure out that how I felt.There is no development of anyone as ar as I can tell.

The old street fighter beats this watch that instead