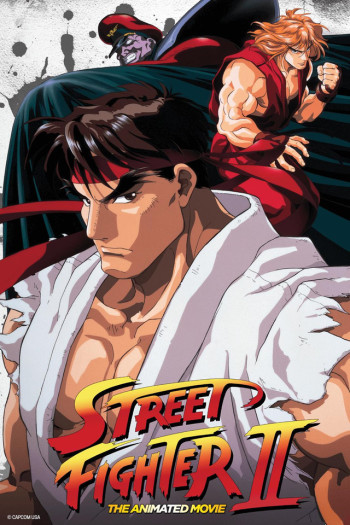 If you're looking for anime similar to Street Fighter II: The Movie, you might like these titles.

Both of these movies feature great fighting moves wanted by the fighting anime lover. With the basic plot of good vs evil and those fighting moves, they are very simular and thus go hand in hand.

Both series are about wandering martial artists with a dark past that eventually catches up with them, both must confront their fears. 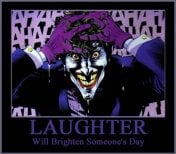 Both Tekken and Street Fighter find their roots in very popular fighting games. Both feature random fighting scenes to show as many of the characters from the games. Though, that's what we like about it right? Plenty of fighting action !

Both movies have a large cast of fighters, good, evil and in-between. They are also based on popular fighting video game franchises. Both animes also contain lots of action scenes but still have a decent stroy as well.

Dio is a name that has haunted the Joestar family line for more than 100 years. In his pursuit of power, the vampiric martial artist has put Holly Joestar into a coma, and it is now up to her father Joseph and her son Jotaro to find Dio and restore her. Aided by their friends Polnaref and Abdul, the four warriors each command a powerful Stand -- a projection of their fighting will -- in tune with the cards of the Tarot. But Dio himself is said to possess a powerful and mysterious Stand known only as “The World”. Can Jotaro match Dio’s power with his “Star Platinum” and save his mother?

Both JoJo's Bizarre Adventure and Street Fighter represent styles of fighting that are unique and original. Though the approaches are different, the way they amaze you will blow your mind away. They also have stories that take the characters around the world to meet new enemies and new allies on their quest to defeat the main bad guy.

The King of Fighters: Another Day

South Town is engulfed in flames, causing many brawls and despair. Soiree is in charge of the town at this time; it was left in his hands once his brother, Alba, had left town only momentarily. Keeping his word for Alba, and realizing that they had worked hard to take back the city, Soiree makes an effort to protect the citizens of South Town. Unfortunately, not everyone is as cooperative, and those who are not are called out for a fight. In other areas of town, someone is being targeted by an assassin and another is being wrongly accused of starting the fire. It seems there is no end in sight for the violence in South Town!

Both KoF and SF2 Movie are based on their respective innovative fighting games. You get action that well represents the style and the spirit of the games, as well as most of the characterization with the central characters. Though they have a different story and mediums, they both offer something in relation to their intentions. 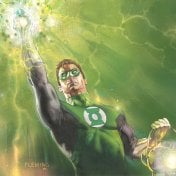 Fatal Fury and Street Fighter are all about the marital arts that are here to kick butt and chew bubblegum. And they are all out of bubblegum!  The fists and feet fly furious in both anime and the action flows fairly well from one fight scene to the next that are faithful to the powers unleashed from the fighting game. A heckuva good time to watch someone being throttled!

Yuka and Satomi have been fighting since they were little, but as adults, they are waitresses. Yuka, however, is more than just a waitress: she has joined VG (Variable Geo), a fighting organization designed to let waitresses around the world show their stuff in the fighting ring. The fighters play for millions of dollars, but the losers will be shamed by a fleshy public appearance. Satomi's little brother is sick in the hospital, and now she too must join VG and fight against her best friend Yuka to pay for his surgery. Will she succeed or become one of the shamed?

Looking for tournament style fighting anime?  if you saw one of these enjoyed it, but missed the other, boy do I have news for you.

I figure you enjoy one, you'll probably like both. Neo Geo having a bit more to do with just the ladies.Sf having a bit less of the actual ring side seats, but both have plenty of punches and kicks with the occasional super powered moves/blasts in both.

Both of these are short martial arts anime from the 90's that are based on video games.  They both have a rather similar feel.  Pesonally, I liked Street Fighter II: The Movie a little more, but if you like the genre, then you should check both of them out.

By all accounts, Terry Bogard is one of the greatest martial artists in the world... until he goes up against the enigmatic Wolfgang Krauser, a man with the fighting abilities of a demigod. Terry emerges from the fight beaten and humiliated, his best shot not even able to dent Krauser's armor. But more insidious than the physical injuries is the damage to Terry's pride and confidence. Can his brother Andy and friends Joe Higashi and Mai Shiranui help him regain his mental strength and defeat Krauser and his henchmen, or is this the end for Terry's career as a fighter?

Both of these are 90's martial arts anime that are based on video games.  They both are action packed and have a similar feel.  If you like one, you will probably like the other.

Well, both of these are movies about martial arts that feature pretty impressive fights and good old school animation. Albeit different in some aspects (e.g. Grappler Baki is way more violent, while Street Fighter has more characters and much better OST), they're still easily recommended for each other if you like the genre.