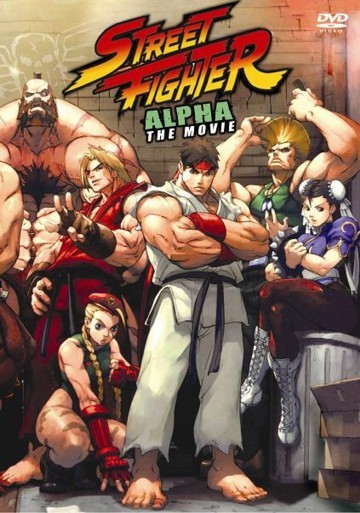 Ok, I prefer this one over Generations... but it's still a pretty meh movie.

First of all, the story. Spoilers!

Ryu fights some criminals during Chun-Li mission. Sakura is watching Ryu defeating the criminals. Ryu discovers he has a little brother. Ken does not believe the Ryu's "little brother". Chun-Li wants to avenge her father so she enters a fighting tournament. Ken and Sakura join that I think. Ryu doesn't want to enter the tournament. Vega/Balrog appears for a moment and defeat Dan. The Ryu's "little brother" (I think it's Shun) fights some characters and Ryu tries to protect him. Chun-Li discovers there's this evil guy that it's not M. Bison (or Vega in Japan). They go to some place. They fight. Shun is actually not Ryu's little brother. Chun-Li and Ken are defeated over and over and over again. Ryu defeats the evil man and Shun too. The kid dies. The end.

1. Rose doesn't do anything! Doesn't even look like Rose! One of my favorite Street Fighter characters wated.

2. Chun-Li wants to find her father but she apparently forgot to check the place. She doesn't even mention her father again at the end. Remembering that she had said that her father could be in that desert place.

3. Chun-Li doesn't do any Kikosho (my favorite move of hers).

4. Birdie is out-of-characters even though I apreciate a positive view on him. I like him... but I know he would say something like "Save me!" instead of "Save yourselves" when Chun-Li and Ken find him.

6. Akuma/Gouki appears for no reason.

7. Ken and Ryu fight for no reason when they are in that Akuma/Gouki place.

8. Somehow Sakura is the only character that is injured during the collapse of the building.

9. How is Vega/Balrog allowed to use a weapon?! Right in front of the police!

10. They tried to make Ryu x Chun-Li happen. It's not going to happen.

So yeah, that's it. I appreacite this movie. It's not as bad as Generation and I appreciate they subverted the main thing Generation did wrong: try to explain Ryu's past. I already explained in the review of that OVA but I'll explain again... I don't care what Ryu was before being a student of Gouken. I don't care about his parents or siblings or whatever... because that's not the appealing part about him. He's generic, average, basic... but also pretty motivated and has a big ambition to avenge his master and control his power. Introducing Shun and then explaining he's actually not Ryu's lil' brother is pretty interesting and honestly I did not expect that (even though it's heavily implied during the entire movie).

Overall, a okay movie. Is it worthy? I'll say it's not mandatory nor necessary but it's not a bad thing to do.