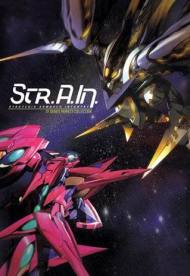 In the future, mankind is divided between two powers: Union, and Deague. For the young Sarah Werec, watching her dearest brother Ralph depart for the front lines of the war was a fate worse than death; for even if he were to survive, the 130 light year distance between them dictates that even if he were to return, she would be long since deceased. Thus, in an effort to see her brother again, Sarah sets out to become a pilot of the Strain – Union’s mecha force; but on the eve of reaching the first step to her goal, her only chance to succeed is stripped from her. Haunted by the many ghosts of her memories, Sarah must now endure an endless series of sacrifices as she struggles to discover the truth about her brother...

A mecha space adventure that's better than the average mecha out there, though nowhere near as good as some of the better mecha anime. Featuring decent characters, decent storyline and decent action, this show is definetely decent, but not much better than that. Story: 6 Sarah Werec has joined the Strain (Strategic Armored Infantry) academy in order to chase after her brother a famous Strain pilot. While things seem to be going well for her, the academy is hit by a surprise attack led by her brother! The rest of the anime is about Sarah joining a space fleet and trying to figure out what made her brother betray everyone in the union. The motivations and intentions of the original enemy, the Deague, is never explained. Being only 13 episodes, the storyline to this show is not very intricate. After her brother attacks her academy Sarah becomes kind of a melancholic loner. The only thing that brings her any joy is a doll that also happens to be a key component to her new strain. This doll also happens to be consequential in the storyline. Overall, not a bad storyline, but not a very consistent one either. Animation: 7 For a space mecha anime, Strain does a pretty decent job with the action sequences. A lot more exciting than several other space mecha counterparts. The strains have cool designs and the battles are fun to watch. Nevertheless the anime isn't anything too far out of the ordinary and nothing too spectacular. Sound: 7 The opening is average and somewhat forgetable and the closing is even more so. The voice actors did a pretty good job and several of the characters were made more interesting by good voice acting. Characters: 7 The characters are kind of a mixed bag. Some characters you'll like, some you'll hate, and some will annoy the hell out of you. Our heroine, Sarah Werec, has a one track mind that stays focussed on her brother throughout the anime, with the exception of the time she spends talking to her doll. She seemed like she was going to be an interesting character in the first episode, but she was a let down. Several characters have limited personalities and Sarah's would be boyfriends don't really have much of a chance for character developement in this show. As such none of the male characters ever have a chance for full character development, not even Sarah's revenge obsessed brother, Ralph Werec. I enjoyed the performance of most of the other strain pilots, including Lottie, who was the only initial character that tried to snap Sarah out of her perpetual funk. She goes through similar experiences as Sarah, but doesn't become introverted like Sarah does. Overall: 6.4 This show is fun to watch, had interesting characters and decent fight scenes. The story didn't have much of an impact, however. It seemed to only exist in order to create conflict between Sarah and her brother. While this show does have it's faults I'd say it's still better than half the other mecha anime out there, but only half. <div id="_dyhb23rg4374"> </div> 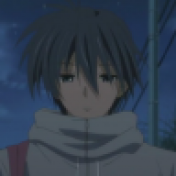