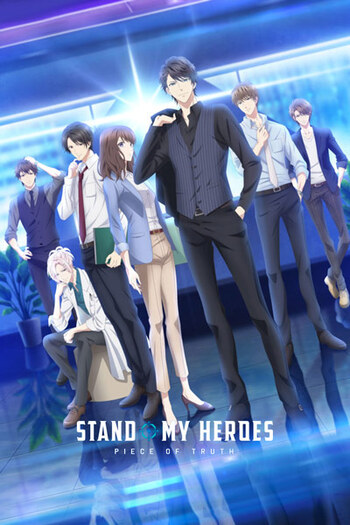 If you're looking for manga similar to Stand My Heroes: Piece of Truth, you might like these titles.

Asahi Ninomiya, a timid third-year college student. He realizes he must overcome his shyness to get a job, but it's not going very well. He tries his best, but his heart keeps breaking in the face of adversity.

The story is a sequel to Broccoli's 2010 PSP girl's romance game Uta no Prince-sama, in which a girl goes to a school for the performing arts with budding male idols. The sequel is set one year after the graduation audition win in the previous game.

Tsukiko has joined the academy's archery club. As she practices for the summer competition, she also solves the problems between her teammates (Homare Kanakubo, Ryunosuke Miyaji, and Azusa Kinose) simultaneously

College student Tsukiko Yahisa is studying astonomy when a solitary e-mail brings memories of the good old days at Seigatsu Academy back into focus. Her mind wanders back to the scattered friends she made that spring, summer, fall and winter, and she finds herself longing for Yoh, Tsubasa, Ryunosuke and the others once again...

Series of one shots of all the characters in the four games released so far.