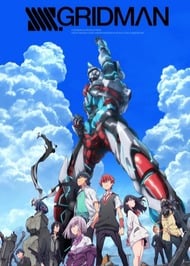 Watching SSSS.Gridman is like biting into an okay sandwich. You’re sure there’s filling inside – that’s what everyone who’s tried it says – but then it turns out you’ll have to bite through a lot of the boring bread first before getting to it. And what bland, stale stuff the bun is, so even after you get to the promised filling and find it isn’t so bad after all, you’ll end up wondering why you had to go through so much flour before getting to it. There’s a substantial story here that's packed with teaching moments about the dangers of isolation, the importance of having friends, and the perils of strange worlds and selfish indulgences. But a lot of these got buried in what the show probably felt was subtle direction and gradual exposition, that it was really hard to give a proper shit when things actually started to happen. As this was my first-ever shot at the Gridman franchise, I’m aware there are a lot of callbacks I missed out on. So it’s a credit to the show that, despite the rich lore of the franchise, I was never really lost throughout the whole thing. But I did nod off at several points and a lot of that’s got to do with how slow-going each episode was. For an action series, Gridman isn’t very exciting. And that might have been the point anyway, since this offers a more character-centered treatment of the classic mecha genre. But between long, deliberate moments of quiet and characters I didn’t know what to do with, it was hard getting myself to care about anything that was going on. While the awkward silences were meant to draw out uncomfortable instances and ramp up the humor, these long pauses didn’t always work in every scene. Meanwhile, the characters were people you could neatly divide into three categories: the just theres, the “I don’t even know what this show wants to do with you, fam, honestly” types, and Akane Shinjou. And then, you get to the animation, which looked clunky and stilted, even if you could tell a lot of love went into the robo-kaiju showdowns. Set these fight scenes to a recycled soundtrack, and it gets easy to tune out altogether, even if all the rich background details really helped Gridman’s world come alive. So, you know, okay sandwich. It’s the best-seller everyone’s tried and liked, but like the special dog Gridman’s characters like to eat so much, I wasn’t able to find much by way of presentation or style. It’s clear what the show wanted to do with itself, the same way the special dog makes itself known with the huge sausage sticking out in the middle. But like the special dog’s unremarkable appearance, it was Gridman’s technical aspects and directing choices that took some attention away from the stuff that really mattered. [This review was made for the Anime-Planet Bingo Challenge: Winter 2019 event. Is it weird that I couldn’t take big bad Alexis Kerib seriously, because I kept expecting him to say, “Justice is over!” at some point?]

The show is packaged as a Japanese Superhero show where Super Hero Cop Gridman fights for the city against giant Kaiju monsters. There is however much more to this show and the Ultraman & Kaiju part of the show is just a layer to a much bigger picture. Even though I feel I can't say too much about the show itself, I do believe that most people will have made up their mind about the show before they even really get into it, which is also why many people will probably never end up finishing the show. I personally have never been a fan of these Japanese Superhero shows, and it took me a few episodes to pick up what the show was really about. I feel I can't really write too much about the show itself because I feel you just have to experience it. I am however a huge fan of the Transformers universe and due to that knowledge it added a whole new layer of story telling to the show. Great execution, stunning art and even though the characters will feel a bit goofy at times you will come to appreciate them. SSSS.Gridman is filled with great references to other shows like Ultraman, Gridman, Evangelion, Transformers and many more. Really, just give it a try... It's Studio Trigger, you know you'll love it. 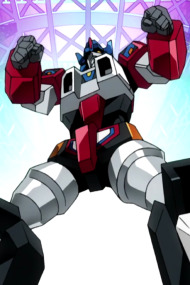 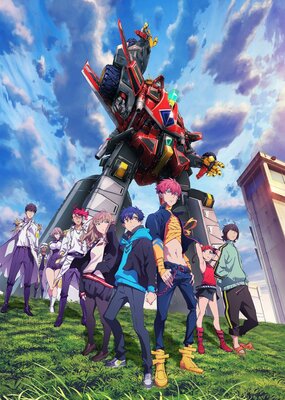 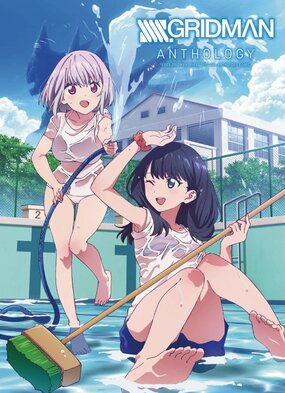 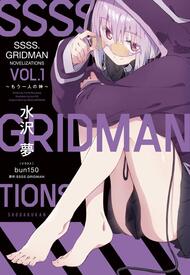 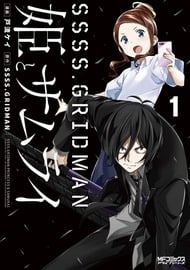 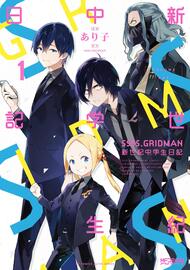 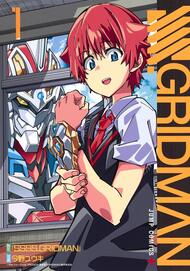 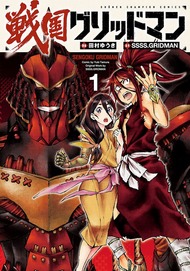 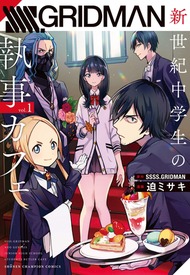 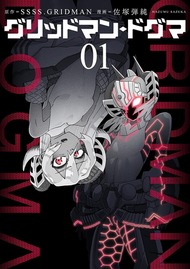