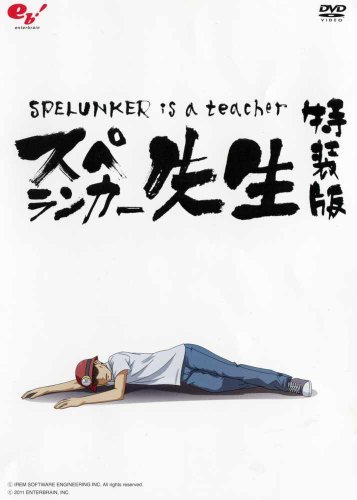 Looking for more random school-based comedies? Definitely check out Azumanga Daioh, arguably one of the best of the genre.

Cromartie and Spelunker are random school-based comedy at their finest. While Cromartie is far longer, both will easily appeal to the same audience.

Spelunker is a lot funnier than Gag Manga, but both are random comedies that center around small, short segments.

Coming from the same studio, there's no surprise that these two are animated similarly and have a similar feel. That being said, Spelunker is WAY better. Both show small, comedic and random vignettes.

Betao Joseki has just transferred to a new middle school, and is eager to finally become popular and have friends. But little did he know just how bizarre his new friends would be! Bubbly Kuuki is eccentric and always manages to interrupt important conversations, and excessively-shy Osage has a hard time getting a full sentence out! Together, the trio navigates the classroom from day to day, dealing with class rep discussions, debating the merits of cooking in the middle of the library, and even participating in a performance of Romeo and Juliet!

Inayama Junior High is no ordinary school – at this learning institution, homeroom period is managed by the students themselves and used for discussing any topics they choose. For one classroom, this extra hour is used to the fullest with lively debates about the existence of aliens, foreigner classmates and even the real reason why boys at school refuse to use the bathroom stalls, amongst other topics.

Kiichi is a teacher at hells kindergarten where demon children learn in preparation for taking over the human world in this series of short comedy anime.