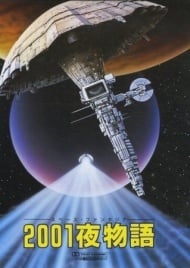 In the year 2058, mankind is about to take its first leap into the distant reaches of space. Using the resources at the tail end of a comet, massive spaceships will be sent to the corners of the universe in an attempt to colonize other worlds, but due to the length of time it will take to arrive at even the closest solar system, the comets must be destroyed in-flight, resulting in super-fast speeds that will kill any life onboard; only frozen sperm and eggs, and machines will survive the journey. Carrying the unborn children of the Robinsons, the first of these ships must now set forth to Ozma; and with its precious cargo is coupled the hopes and fears of all humanity.

StoryFinding a realistic anime about space travel can be a most elusive and difficult task. While many a series has been constructed to tout the deeds of intergalactic bounty hunters and tell the tales of alien invasions, rarely are we shown mankind's attempt to extend its arms into the reaches of the beyond. Moonlight Mile focuses on the drama and relationships of those who desire to travel to space; Wings of Honneamise is a first-hand look at a fictionalized space race on Earth; and Space Fantasia 2001 Nights, the most epic of all, takes us upon a journey that spans centuries and generations alike. In an attempt to colonize the distant reaches of the galaxy, Earth is sending several massive spaceships to questionably-habitable planets and moons; but due to the intense speeds that the ships must travel at, only machines and frozen embryo can survive the journey. It is the hopes of humanity that some of these unborn children will survive, but the potential complications of the journey and unknown nature of what awaits them on the planets' surfaces ensure that these chances are slim at best. Weaving an intricate web, Space Fantasia's story is told in three separate sections: the first follows the pilot group of children as they journey to their destination; the second shows us a terraforming mission gone wrong that could have dire consequences; and the third is a vision of the future - the results and consequences of mankind's decisions. Though seemingly disconnected at first glance, these stories are interconnected in such a way that it is impossible to not appreciate how epic Space Fantasia truly is. If you have had a chance to read the Ender's Saga novels you'll understand what I mean; the epic scale of events are told in a way that feels so natural, and is so effective once you finally understand the meaning of what is happening. Unfortunately, this intricate relationship between the sections also means that I cannot discuss anything further without spoiling; what I can say is this: overall, the plight of the characters helps to ask Space Fantasia's most fundamental question: if the vacuum of space is empty and lonely beyond imagination, why do we continue to reach for the stars? AnimationThough it was created in the 80s, Space Fantasia is still a visual masterpiece. Each section's audio and animation has distinguishing characteristics that set it apart from the others: the first section with distinct, older shoujo-esque character designs; the second section with a harsh and machine-laden desert landscape; and the final section with a poignant depiction of things to come. Truly the most captivating sequence, however, is the introduction. In the style of 2001: A Space Odyssey, we are shown an array of planets and space phenomena against a backdrop of lilting orchestral music, perfectly setting the stage for what is to come. That being said, the animation is still a bit dated compared to today's standards; but that won't take away from your viewing experience. SoundAs with the animation, Space Fantasia's audio is a perfect complement to the story and gorgeous scenery. I am uncertain if Space Fantasia borrowed its namesake from the Disney film Fantasia, but the link would make sense; overall, Space Fantasia mixes orchestral tracks in the same flawless manner with lonely and epic imagery. One thing to note is that the audio for each section, like the animation, is perfectly-suited for the content at hand. For example, the lofty vision of Earth's space program is accompanied by beautiful orchestral pieces, while the gritty terraforming mission is complemented by sharp-edged industrial beats.CharactersThe key players of Space Fantasia are not steadfast heroes or survivalists; they are the helpless, unborn children who must embark on their long, perilous and hopeless journey into the recesses of the universe. We watch these tragic characters as they are born, tutored, and ultimately set free on their new home; they are utterly alone and are millions of light years away from their own kind, in a lonely and vast corner of the galaxy. It is both sad and inspiring to watch these events; I found myself wondering what it would be like to be born into a world where the only other humans I knew were my siblings, and what it would be like to then be stranded on an alien planet with only the space capsule as my home and protector. On a smaller scale, the Robinsons - the donors of the embryos that are sent on the first spaceship - are additional protagonists. While their story is told only in the first few minutes, Space Fantasia's theme of loneliness begins with their wistful gaze into the heavens. They choose to join the project knowing they will never see their children be born, and that sadness haunts them dearly. I felt equally sympathetic for their plight; the Robinsons must make an impossible choice: are they willing to sacrifice their own happiness for a future that may or may not come to pass?OverallBrilliantly-told, moving and melancholy, Space Fantasia is without a doubt one of the most skillfully-crafted stories I have had the pleasure of viewing; not since Hi no Tori have I seen an anime so worthy of the word "epic." If you enjoy intelligent, realistic space anime with a penchant for emotional impact, please look no further than Space Fantasia.

A short and beautiful story about the inhabiting of a distant planet by a single family. The animation was surprisingly good. Rather than the somewhat minimalistic designs used nowadays, the animation here resembled the better manga or comic books more. Music was also pretty good, although some of the tunes really got on my nerves in the 2nd section of the movie. Definitely recommending this to fans of space-themes and themes of methods of preserving humanity in our ever-corrupting world. 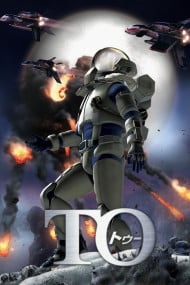 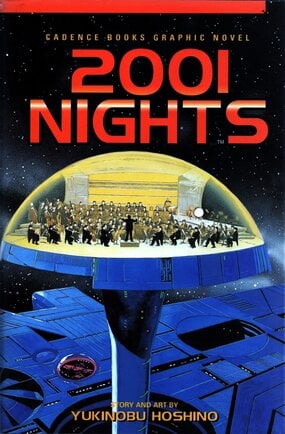