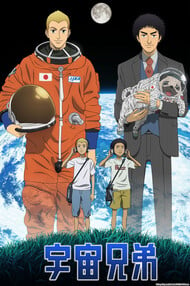 The Man with the Advantage and the Running Female Doctor

Et Cetera in My Head

My Name Is Itou Serika

I have now watched 43 eps of this series and still have 20 to go until I'm up to speed with the series because it is still running. (65 eps right now) But I can probably give a decent review having watched more than two seasons now. First of all, Space brothers is slow, so if you're looking for action, go watch something else. But if you like slice of life series with deep character development and slow pacing, welcome! The very first thing that hit me when I started to watch this series was the serious approach to space exploration, science and reality. NASA is in on this show, that’s for sure, otherwise the story would fall flat. NASA have probably also contributed a lot with information and photos. This is really good because it gives the show substance that is based on facts not fiction. There is no mecha robots or fantastic space crafts that defies physic laws, just plain and simple working science and realistic stuff. (Of course, some things are not exactly scientific but hey, it's an anime.) The story is as you probably already know about two brothers who is trying to fulfill a lifetime dream to become astronauts. It sounds pretty simple but the road there is long and full of obstacles. Especially for Mutta, the older brother who at some time gave up on the dream and pursued other goals and become involved in the car industry. Hibito, the younger brother stayed on his course and have just become an astronaut when the series begins and is going to the moon as the first man from Japan. Mutta is fired from his job and is more or less lost about what to do. He is still living with his parents and have no girlfriend and is quite miserable. He then set his mind to follow Hibito and his old dream. He apply to JAXA and is invited to be tested among a lot of other applicants. Here his journey starts for real. In the show we will often hear Mutta talk to himself and there is a lot of flashbacks to his youth but that will flesh out the characters. The struggle Mutta have with himself and his choices in life is fun to watch but sometimes a bit longwinded. If they had cut these parts shorter it would have been more effective use of time and we would still understand him well enough. The many flashbacks to his and his brothers childhood when they visited JAXA, dreamed about going to space and so on is a bit repetitive but hey, it’s a long show. The producers probably don't think we could remember all if they don't fill up with some repetition.  I personally enjoy to follow Muttas struggle to become an astronaut and the perhaps even bigger struggle, to find himself. He's having his core values tested and are faced with challenges perhaps too big for him, or are they? The animation is good but not fantastic, the show is not suffering for it but sometimes it could have been better. But I'm not complaining, the story grips you so you don't have time to think about such small details. The sound is in my opinion very good, the characters are well matched with the voices and the music through the series is enjoyable but there is not big hits. Overall, an enjoyable series that keeps you glued to the screen and just keep watching episode after episode. Sometimes a bit slow but still good enough to keep up my interest. I am personally interested in space exploration from the beginning so this is definitely a series for me, that’s for sure, but if you don't have an interest in that area, you probably wouldn't last the whole show.

I really did love this show; enough to watch it about three times. Though it is true that the whole series doesn't weigh much on seriousness, it is truly enjoyable. I'm not a critical reviwer and I won't review it critically, because really, everything that is wrong with this show is something that one would normally overlook because of how compelling it is. It destroys your aility to enjoy it properly. First of all, the characters are all great. Mutta being my favorite. He is far from perfect and this anime makes sure that it's audience knows that. Despite all his faults though, he does try. He desires the opurtunity to go to space more than anybody else in the show. He doesn't think highly of himself and his low self-esteem makes him overlook a lot of his abilities and talents which others tend to notice and envy. The art isn't bad, but it isn't amazing. In my opinion, I would've enjoyed it far more had the art been better, but e can't have everything, eh? The story is mostly slice of life if yyou disregard the first episode in which a UFO showed up; a fact that still hasn't been brought to light in the ongoing manga series, let alone the anime. Overall though, I think it's something worth watching and enjoying. 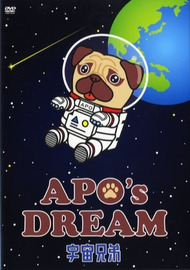 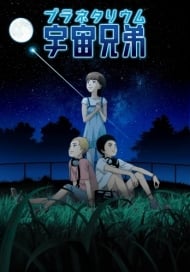 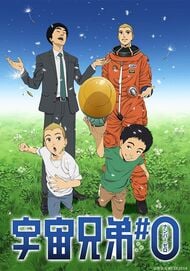 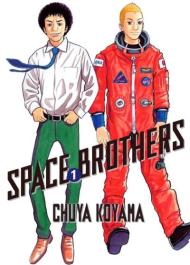