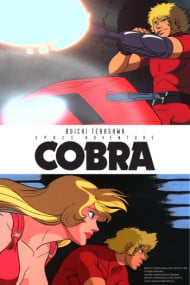 PROPER MINDSET This series is James Bond in Space. Quite ridiculous as far as realism goes but has that "I'm too cool for school" attitude. The way I see it, Space Adventure Cobra was back then, what date sims are today. For some reason, all retro sci-fi series pictured the far future as a vast harem of skimpy clothed women the all-mighty lead captain must fight and save from ugly aliens, so he can have sex with them. Well, this erotic/ romantic picture gave place to more serious and realistic forms of sci-fi, while the erotism was replaced by fancy erogames and romance was replaced with mild arlekin stories for middle-aged housewives. Hm, time changes everything. Anyways… SCRIPT Oh, Cobra, what a big laser you got! Well, being a retro-flavored series, means it doesn’t take itself seriously. Just find an excuse for the lead to save some chick, explain the situation in kindergarten-level sci-fi and throw in some funky showdowns with weird supernatural aliens and you have yourself a formula any toddler or 40 year old would like. Think of it like a film-noir, where the detective is a cool looking, aloof, half-funny, unrivaled space pirate, taking dangerous missions just for the fun of the adventure… or just so he can have fun with the various femme-fatals running around half-naked around the universe.The structure of the plot is separated into individual story arcs/mission. Like some James Bond clone, Cobra will be relaxing in his spaceship before someone (usually a chick) asks him to find something or save someone by ruthless pirates and planetary tyrants. So, Cobra will use his super-special-awesome Psycho Gun ™ to blast through armies of identical mook underlings and have a standoff with their leader, who so much happens to have some queer power. Usually Cobra’s robot companion (no surprisingly, also a mechanical chick) gives him info and ways to defeat him, save the day and have a nice off-screen sexual evening with some beauty… sometimes even with a lot of beauties at the same time, hehehe!That’s pretty much it. There is no overall objective purpose, no real plot continuity and the initial scenario is just teasing. It is pretty generic and predictable, although not repetitive all the times. CAST Hey babe, wanna ride my spaceship? The characters all come by some really lame stereotypes and frankly speaking, you should like them for being exactly the stereotypes they are. Down to it, this anime does not have much of a story or memorable characters. It plays along that lost retro feeling of oldies like Flash Gordon and Buck Rogers. It is only good as a nostalgic trip back to time where space was full of air, aliens had one eye and women had no shame to walk around wearing barely enough to hide their boobs and ass. PRODUCTION VALUES In similar tradition, animation and sound have high values for such a series. Although not super by today’s standards, they have exactly what this sort of series needs. Funky spaceships, weird alien worlds, a Psycho Gun and lots of bare skin. Almost like an American b-movie, it has lots of action, many explosions and corny dialogues that never make you think what the hell you are watching and just absorb you to a silly yet enjoyable fantasy. As usual, the villains won’t be able to hit a target two meters next to them, yet Cobra can use his super laser which can bend its rays anyway he likes to kill a dozen mooks hiding in different places and behind steel walls with one shot while safely hiding behind a wooden wall, which is impregnable to their machineguns. Yes, the battles are THAT fair. And no, no bold sex scenes and yet not that lame harem kind of humor with chickenshit boys and tsundere girls. Cobra is wild and offensive and slaps a bitch when she doesn’t listen to him… And she loves it and wants to have sex with him. Hooray for Phallocracy!As you can probably guess with all I am writing so far, this series is not meant for women as it depicts them quite frail, defenseless and objects of desire… Just like in real life. (kidding of course) LEGACY If you ever want to enjoy it, switch off your sense of morality and let common sense take a walk while submerging to world where the lead can outrun laser beams, never misses himself and spreads more pheromones than a dozen Axe for Men canisters. Have fun! 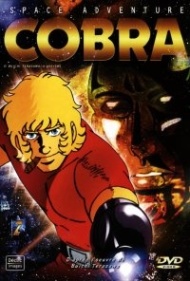 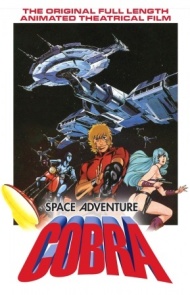 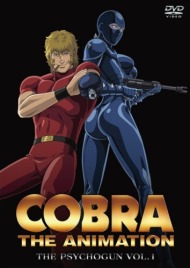 Cobra The Animation: The Psychogun 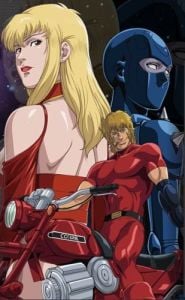 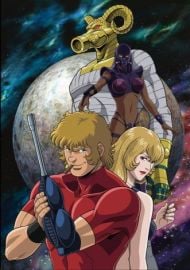 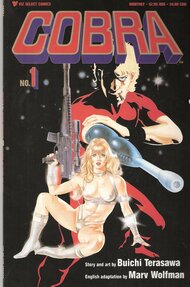 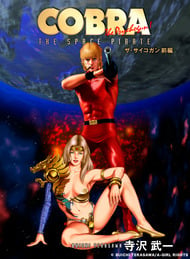 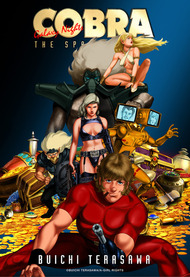 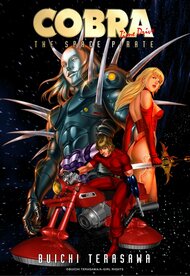 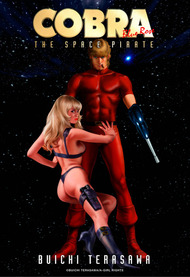 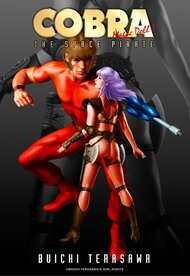