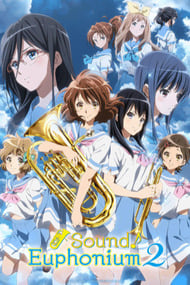 Having won first place in the Kyoto Concert Band Competition, the Kitauji High School Concert Band prepares to go up against the many esteemed bands competing in the Kansai competition.

Speaking generally, be open to the idea of disappointment, Eupho fans: this ain’t season one.  Is it worse than season one? Collectively, probably not. Season one was similarly…empty, hiding most of its dullness (especially early on) behind its glorious visuals. But Eupho 1 knew how to sprinkle in those great character moments that kept you delighted to come back for more, where its follow-up season fails to manage that careful balancing act. It bunches its character moments—which is still (mostly) terrific—into only a couple of episodes near the start and near the end of the season, leaving the filler stories in the middle to feel like, well, filler. Which is especially disappointing, given how strong the continuing character stuff really is.  That said, if you liked season one, you should ultimately enjoy season two, because it’s (most of) what you loved the first time around, just working under the assumption that you love it enough that it doesn’t need to hide its flaws from you, anymore.

- Term (in case you don’t know): KyoAni - Kyoto Animation, the anime studio that made this show.You know guys, it really is amazing to me how often KyoAni can make the most emotional, heart-wrenching shit I have ever seen, and this series is no exception. Sound! Euphonium was such an enjoyable watch all the way through, that it kind of makes me mad that it took me so long to get around to watching it. From the very first moment Hazuki named her tuba “tubacabra” I knew I was going to love this anime, I just did know how much, until now. Like, guys, I don’t think I can really get across how amazing this show really is, now was it the most heart-wrenching anime I’ve ever seen? NO, nor was it the most heart-wrenching KyoAni anime I’ve ever seen. But watching this anime was genuinely one of the most heartwarming/enjoyable things I have done in a long time. - Now This show is kind of “misleading” based off the promotional photos, because the show really isn’t about the music of a concert band, because the real focus of the show is friendship rather than music, and the fact that they cut away from the national performance at the end really ingrained what the main focus of this show really is. But, at least to me, this is honestly not a bad thing, because every arc of this show where you learn a little bit more about each of the band members, was absolutely heartwarming for me to watch and I wouldn’t have it any other way. Then on top of this, the little details they add to really emphasize that this story follows Komiko Oumae’s point of view really were touching to see. Like how they comment on the fact that it’s actually not common for people of different sections to know each other, or how they highlight the amount of breath training really goes into being able to make the right sounds in your instrument. All of this together made this anime feel so alive and vivid every moment it was playing, and the fact that I actually cared about the side character’s problems like the oboe player (Mizore Yoroizuka) really just speaks to how well made this anime is. - However, obviously this show is not all sunshine and rainbows, there are some negatives and if I really wanted to nitpick about them I could. For Example, I really would have appreciated more music in this show or the way every character just falls to the sidelines anytime Kumiko wants to focus on literally anything else was kind of irritating. Or how Kumiko is kind of too perfect as the main character, since not only is she a first year that is already better at her instrument than the third years, but she also just happens to be the perfect person for everyone to talk to, regardless of grade level. - But honestly all these nitpicks are just that NIT PICKS and realistically I didn’t really care about the majority of them while watching the show, because this anime flows so well from episode to episode and it was just so enjoyable for me to watch, that really all these nitpicks just kind of faded away while I experienced this story. Which is why I am proud to give this show for (the first time in a long time) 100/100, because honestly there is nothing I would really improve about this show. Even the ending where it ends on a semi-cliffhanger, I am still content with what we got, and where it left off. So honestly, I’m fine with it not getting a third season if that is what it came to. Bottom line, this show was FUCKING FANTASTIC and I will permanently have that concert song (Crescent Moon Dance) stuck in my mind forever 👏😊👏😊👏😊👏

The high school orchestra drama is back with more of the same. Season one was pretty low key – too low key for some of the audience…. If you aren’t into competitive band performances then it all means as much as a sports anime if you don’t like sport. A bit of a niche product. The beauty of the art is in making such obscurities interesting. Yet to do that the writers skim a thin line between drama and soap-opera. It could either be over-blown and absurd or so hum-drum as to lose the audience in episode one of season one. Hibike Euphonium as certainly popular and became well known. Another fine product from the Kyoto Animation studios we knew it would be well polished. Yet season one seldom picked up speed beyond basic pedestrian. Did season two get any better? Marginally so. The journey of the team towards their performance at the “Nationals” provides the backdrop and the motivation but it is the growing spread of the character back-stories that will grab the audience. Certainly, these young people get pretty intense about improving themselves for the competition and this underwrites a lot of the drama. Beyond that we get to explore their deeper motivations. Family situations provide each character with a key ingredient to the drama. Yet, beyond this, we are still stuck in the same rut. Season two is more interesting for its coverage of the human stories yet the drama never picks up pace enough to be truly great. The show is well drawn and a beauty to watch. There is some crude poetry in the story telling and some humour too. The lack of humour in this overly-sincere piece is definitely a handicap. It relies mostly on the characters being very cute and watchable. As most of the orchestra are teenage girls then most of the romance is purely platonic. Cute but of no great significance. If you liked season one then you will love season two. The rest of us will go with the flow because the show raises the occasional smile and is nice to look at. But so are puppy dogs. 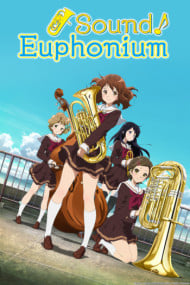 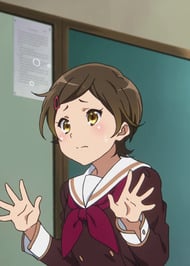 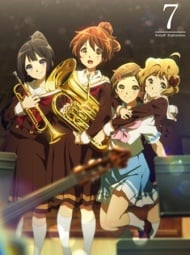 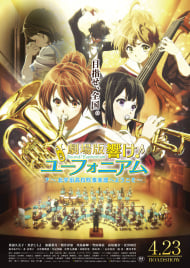 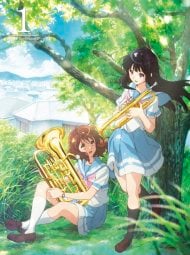 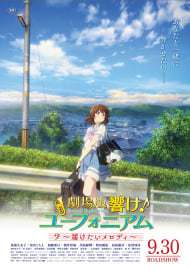 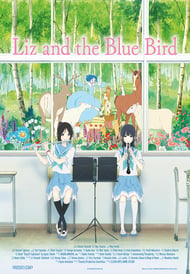 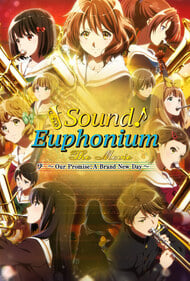 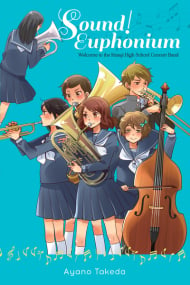 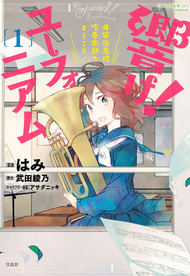 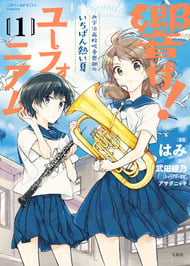 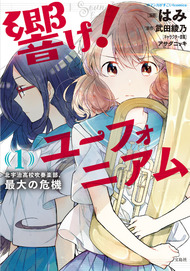