Date Kyosuke is a young man with problems. After being stabbed by his beloved mother, he discovers he has a long lost sister -- Runa. She is the first of many relatives that he and others in the story find tied into the seeming chaos of their lives. Date embarks on a quest to find Runa, aided by his new ability to turn into a monster; all the while in pitched battle at almost every turn with agents of mysterious organizations.

This is the second most undermined series I know of, right after Brigadoon Marin to Melan. Practically everybody I know of consider it ugly and weird to the point they hate it. Well, I personally liked it a lot. Soul Taker is in effect a very dark and mysterious approach to superheroes, blending a futuristic dystopia with mystery, religion, aliens and conspiracies, all in just a half season show. It is also a somewhat tribute to Devilman and Gatchaman because of the hero’s outfit but it takes the premise far further by not making it easy to follow. It overdoes it unfortunately as the first episode is made to be as confusing as possible, with very trippy colors and animation and with the plot making no sense. It is all supposed to reflect the mentality of the protagonis, as he wakes up after being seemingly murdered by his mother and has no idea of what is happening to the world. He suddenly has superpowers, his sister is missing, and everybody is out to kill him, while the world is on the brink of destruction by a virus as well as the first alien encounter. Bizarre? Wait, it becomes more later on.From the second episode and onwards, the animation becomes a bit more easy to understand, although it still looks weird, as the colors remain too antithetic or pitch black, and the backgrounds are static pictures with religious motives to the most part, scrolling through the screen. Many claim that this is cheap, and yet most of the same people worship it when SHAFT is doing the exact same thing. Why? Because SHAFT has moe girls that make you think it’s better than it really is. Hypocrites! And I mention that studio in specific, because it so happens that the director of this series is none other than Shimbo Akiyuki, the man who practically made SHAFT the colossus it is today. This is one of his works before he moves there. Anyways, even Soul Taker has some of that; a cute little nurse witch named Komugi. She feels totally out of place with her cheery personality and bright colored outfits, yet at the same time she is part of the story. You could see her as the mascot of the series or even as pedo-bait; whatever, I liked her seemingly useless role for most of the show and then how she was actually important in some way. I also liked the very unorthodox visuals; which although they do seem cheap and crude, they also give the show a very uncommon style that makes it stand out from the bulk of anime. Speaking of useless, the first half of the show will indeed feel like that, as the hero is roaming around the world looking for his sister and fighting random mutants and other freaks of nature. It is very easy for the average viewer to be bored or confused enough with it because the battles aren’t made to be cool and the bits of the mystery provided are still confusing as hell. It is only during the second half, where revelations come one after the other and you are constantly going WTF with what is going on. I must say that I was amazed how they made it look so complicating without feeling like it has significant plot holes. They also threw in allusions to religion, science, philosophy, and made the whole thing look far more interesting. Speaking of interesting, the main music theme is simply amazing. I must have heard it in repeat at least two hundred times so far; it is one of the most powerful metal pieces I have ever encountered in anime. As for the rest of the sounds, the sound effects are average and the characters sound cryptic and rather monotonic, fitting the mood of the story. And as expected, Komugi has a naive high pitched voice but it is one of the few cases I didn’t find that irritating. She is clearly much smarter than she looks; she just plays it dumb. All the characters besides Komugi will probably feel like stock material for most viewers. In reality they are given more immersion and development than in most series but the weird presentation of the series will probably not allow their charisma to shine. The atmosphere of the setting and the mystery behind the story end up being more imposing than the characters interacting in them; a thing not so good when you are supposed to care about the characters. If you look the series as a whole it looks much better than when you try to see it as separate elements. The first half is indeed rather uneventful and a slow build up towards a confusing second half, where the action doesn’t really help you keep looking. The characters do look great in the end, and so does the story, which indeed seems to be twice as long as it needed to be but still excused somewhat as means to help you familiarize with the world. It takes effort but it can be rewarding. 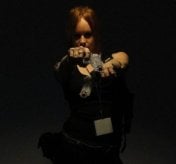 I am not a fan.  I was told I would love this anime.  I was told this would be a great anime for me as I like my anime to be more realisitc and real.  I hate the chibi and fan service stuff so I was told this would be up my alley. Boy they were mistaken.  I would suggest any one who suffers from seizure's - don't consider watching this.  The whole anime was all colored and spinny.  I got extremely dizzy just watching it.  The plot was hard to follow because every three seconds you got a new scene with new random colors blaring at you.  You were more pulled into the art (which isn't that good to start) and all the characters are solid shades of random colors. The animation is what threw me on this.  I watched it to watch it becuase I hate leaving things unfinished.  But I will never watch this again.  If the artists didn't mess with the background and the color scheme as much and allowed the viewer to be interested in the story and characters this could have been a really good anime.   But it is hard to follow the plot and get the like and know  the characters because of the distracting scenary.   If flashing colors and disorganized scenes don't bother you, then you might enjoy this anime.

So far all I can say is, "what the hell?"?  Is this perhaps, David Lynch's drug induced attempt at anime and that is why it makes absolutely no sense?  The anime/art style is pretty poor and only adds to the intense confusion.  I vaguely get that the main character was stabbed but even that is not exactly perfectly clear, at least not at first, and I had to replay it a few times to get that he was actually stabbed.  From the get go, nothing makes sense nor is anything explained in a way a story is supposed to do so.  If I had to guess, I would say he is dead and this is some after life like world or he is dreaming but that is extremely uncertain.  He quickly encounters a strange girl he seems to somehow know and later a strange doctor that tries to kill him for some unknown reason.  During that fight, suddenly some strange random character intervenes out of nowhere.  The whole set up of it sucks so bad it redefines the term to a totally new low.  There is no forshadowing whatsoever so far and no background or set up for the story so right away any viewer watching this mess will be totally lost and never find their footing given how unforgiving the anime is so far in laying any proper groundwork, character building, or forshadowing of anything to follow.  Even my wackiest dreams have more story principles laying foundation than this random halluncinatory trip. 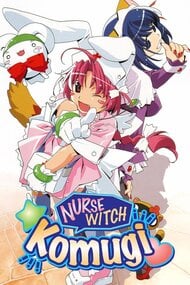 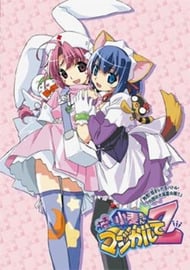 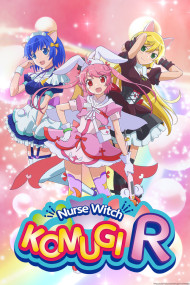