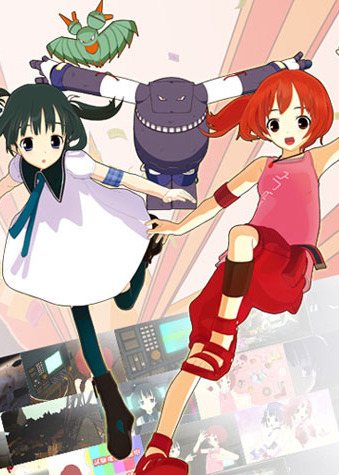 If you're looking for manga similar to SOS TV Walpurgis Night Fever Episode 0, you might like these titles.

Earth after World War II. Rebuilding after the destruction has given rise to various vices. Disposers roam the cities cloaked in shadow and mystery. Kaede is a Disposer of SA rank, the highest level a disposer can reach. But he has to be in Central City, he must find the one who murdered his father...at any cost.

A young man wakes up to devastation that could only have been caused by WWIII. Knowing he might be the last man alive, he sets off to see if he can rebuild the world.

Beware and hunt all of what's out there because you'll never know when --- you're the hunted.

It's the year XXXX, and the world has come to an end. In this post-apocalyptic world overseen by "God", people live as if they're creatures that creep along the ground. Mankind has been nearly depleted, and Kasago is one the few people left. Kasago blindly believes in "God" and, following the commandment he was given, begins working as a "Civilization Collector" in which he steals away any scrap of culture from people. While on the job, Kasago meets Mebaru, who makes no attempt to hide her doubts and suspicion about "God". Kasago is searching for his parents, while Mebaru is searching for her parent's enemies. Thus, these two total opposites continue on their journey, coming into contact with "civilization" and collecting it...

On January 3rd, 2097, a collision with a celestial object basically destroyed human civilization. Seventy years later, human survivors are still living in space, unable to return to their home planet. Some humans, called "Divers" are able to project an avatar to the earth in order to salvage information from earth-based computer networks.Suzuro is a 14-year-old freelance diver of incredible skill, but only a C-rank due to age restrictions. She works in a salvage ship with her pilot Ginga, who keeps the ship out of flying debris while she's connected to earth, and her assistant Shimugi. It's not only space debris colliding with the ship that could kill Suzuro while diving, there are also dangers waiting on earth that could kill her, just by interacting with her avatar. Suzuro must be certain that the cases she takes are worth the danger!

After the fall of civilization, a hierarchical society was born where blood determines everything. The rich steal both the blood and lifespans of the poor, rejoicing in their noweternal lives. Nagi is a commoner fated to die, while Saya is royalty, gifted with eternal youth. When fate brings their unlikely paths together, their innocent love set the gears in motion to tear down the walls of a society built upon tremendous inequality and racial discrimination.