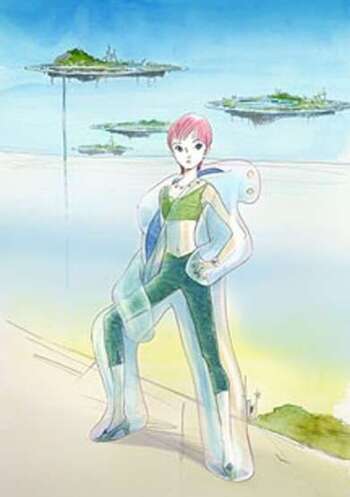 In the streets of a city filled with power lines and abandoned buildings, an oddly-shaped being explores and meanders. Meanwhile, a young girl with a penchant for jumping travels to the surface of planets and roads with an inner tube around her waist. Experience the shadows and the whimsy of their misadventures!

The three music videos in the Portable Airport series definitely remind me of Jigen Loop. Both involve a somewhat whimsical, sci fi look at traveling in some way. Mostly though, they just have a very, very similar feel. 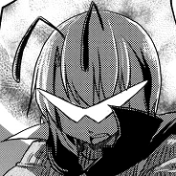 Musically, these titles are completely different; On Your Mark is J-rock, while the Portable Airport series is electronica. What they have in common is Ghibli's trademark charm, as Portable Airport and its sequels were made by a subsidiary. Fans will find the innocent characters and upbeat atmospheres familiar.

In a city of a parallel world , a boy finds a pair of broken scissors from his father's belongings after he passed away. The boy's mother tells him that his father was a gardener in the past. He soon figures out the scissors were made by Sasuke, an artisan living in a foreign country. The boy travels all the way to a place where Sasuke lives in order to get his scissors fixed.