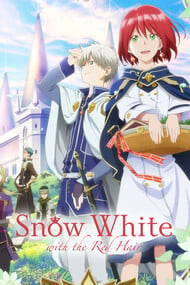 Akagami no Shirayukihime isn't original in the least; everything is highly predictable, from the plot to the characters' reactions. And yet I'm rating it 6/10. I guess because I just finished watching it and I've got a smile on my face. It's so full of naive good intentions and genuinely positive feelings that it's kind of disarming in the end. The plot is a conventional fairy tale whereby girl meets prince who saves her from bad guy and - after some minor mishaps - they fall in love. The characters are exactly what you would expect them to be, sweet and brave and honest and very caring about each other and true to themselves. Everything is as it should be, totally by the book. No interesting topics, no moral dilemmas, nothing unusual or thought-provoking. I won't deny I found it annoying at the beginning and was tempted to drop it. But after a while, despite myself, I found myself caring for the characters. So if you can put on a hold your adult cynicism and combine this with a liking for romantic fairy tales, I think it's an anime you might enjoy.

First impression, oh crap this is a Japanese anime version of Disney….. I should just turn this off right now. I mean the name itself is referencing a fairy tale but still. Well luckily, it was worth keeping on. The first episode certainly feels like it’s referencing several different movies, but it becomes its own story as it continues. Even though it doesn’t seem like it would have any good action scenes, the sword fights are pretty good. The characters begin developing early on which is nice. By the fourth episode, you have a decent understanding of the main characters. The two main characters are appealing, relatable, and charming and the supporting characters come in a nice variety. The beginning of the story is like a redone version of Snow White, at least what I know about Snow White. I never cared for Disney as a kid, so although I recognized some similarities to other fairy tales and movies in the first episode or two, I can’t say for sure which ones or that there isn’t a whole lot more. Either way, it does develop into its own story (unless I’m really clueless). So far, the first five episodes have been enjoyable and I look forward to the rest of the season. I’ve been writing reviews like every day lately so I’m keeping this one short, sorry. I will update this when the season is over with an overall review.

STORY: The story follows Shirayuki, a cute, talented pharmacist with unusually red hair that attracts attention wherever she goes. The prince of the country chooses her to be his concubine against her will, and so she's left with no choice but to escape. On the run she befriends a kind boy named Zen, only to find out he's a prince himself. Zen helps Shirayuki fight off the evil pursuer and provides her with a place to live. As the two grow closer and closer, passing various trials, a romance starts to bloom between them. Let me just say that more happens in the first episode than what usually takes a show a full cour. The rest of the plot slows down considerably, picking up a pleasant pacing, not rushing the delicate development of the romantic subplot. True, the story is filled with many clichés, but that can be easily forgiven, because the show is really cute and romantic and the relatioship between the two main characters progresses nicely and healthily, so it's easy to turn a blind eye. Oh, by the way, here's a fun little game: take a shot every time Zen miraculously appears to save the day. ANIMATION: The animation is simply stunning. Especially the backgrounds, such as towns or nature are always beautiful. The character design is also fairly realistic. There are no giant eyes, antigravitational hair, or disproportional bodies. SOUND: I can't stress enough how amazingly pleasant Shirayuki's voice is. It's definitely a nice change from the usual screaming female charas. But even the other characters have quality dubs. Although absolutely forgettable, the opening and ending were nice, fitting the overall theme. CHARACTERS: The heroine, Shirayuki, is very likable. She's kindhearted, hardworking, and gentle, but she's not just a passive eye-candy like a fairy tale princess, and she can fight her own fights using her brain and skills rather than brute force. Then there's Zen, the main love interest, who doesn't treat the heroine like shit, doesn't force her to do things she doesn't want to do, and doesn't even call her names, which is extremely rare in shoujo genre. Their whole relationship is actually refreshing, based on mutual trust and respect. The other characters are way too black or white for my taste. It's very easy to tell who's the good guy and who's the bad guy, becuase the bad guys are always over the top bad (violent, kidnapping, threating rape...). The good charas, on the other hand, are always brave and kind and ... well, I wouldn't say flawless, but they're always trying their hardest. The only exception is Prince Izana, who somehow goes back and forth between the two, but you know he's a good guy, too. But yeah, he's the only one who's at least slightly complex. OVERALL: I won't lie, I was actually slightly worried when I started this show, because I feel like I've overgrown the shoujo genre, but luckily my worries passed soon. I had a really nice time watching this show, and I'm happy to finally write a positive review for Secret Santa. I'll definitelly watch the second season. Thank you, Santa! Watched for the AP Secret Santa 2016 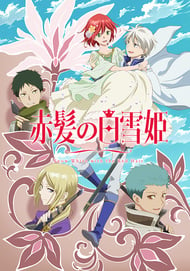 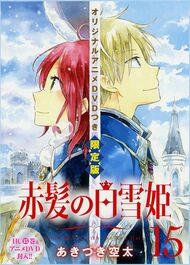 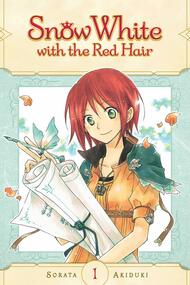