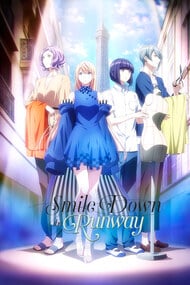 I love this anime, but one of the worst things that it does is leave out is the truth about modelling. Specifically, I am referring to how many models need to or feel pressured to stay skinny. Unknown to most people, models have poor bone quality, enduring Arthritis and Osteoporosis from ages as young as nine. Similarly, thousands of models fall victim to mental disorders such as Anorexia Nervosa or Bulimia Nervosa. (https://www.youtube.com/watch?v=2-uBZk89qM0&feature=youtu.be). It is sad because 1 in 19 models feel the need to eat less or purge the food they have already eaten as a way of maintaining their weight. This anime completely glosses over this fact. The primary age range for these sorts of disorders to appear in young models is between the ages of 15 and 24 with victims having 10 times the risk of dying compared to their same-aged peers. I dislike when media ignores these facts as a way of furthering the story's plot. This avoidance of critical information glorifies the visual aspects of the action while completely neglecting the mental or physical suffering that comes along with it. As a note, Smile Down the Runway repeatedly instills the belief that "you need to be skinny tall and skinny " in order to be a model. This is inaccurate and shows a blatant disregard for the plus-sized modelling industry that is currently overtaking the small-sized modelling industry, and ignores the other members of the same industry who are suffering from the accompanying social and mental trauma. In either episode 1 or 2, Chiyuki Fujito's mother alludes to her daughter's eating habits when she says, "you are skinny and talented, but it's too bad you don't have the height." This quote aggrandizes being skinny and tall while simultaneously condemning those who are short or heavily-set. I concluding by stating that it is shameful for an anime as highly praised as Smile Down the Runway to persecute a group of people simply because the author believes it will generate a 'good story'. They should do their research as present accurate facts.

I love this anime!! it is really a simple and a refreshing anime that you need to watch from time to times, it thought really how to not give up on my dreams, even if all the rules are against, how she was always smiling and trying so hard, although the many rejections she got she never stopped pursuing her dream, she even helped Ikuto with his dream as a designer, not to mention the amazing design ideas that looks so real. Unfortunately, it ended so fast, I really wanted to see them grow, but I enjoyed it. 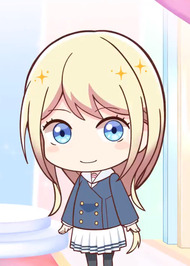 Smile Down the Runway Mini Anime 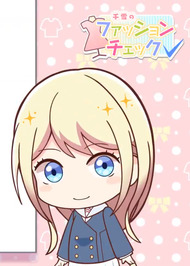 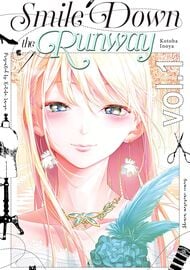