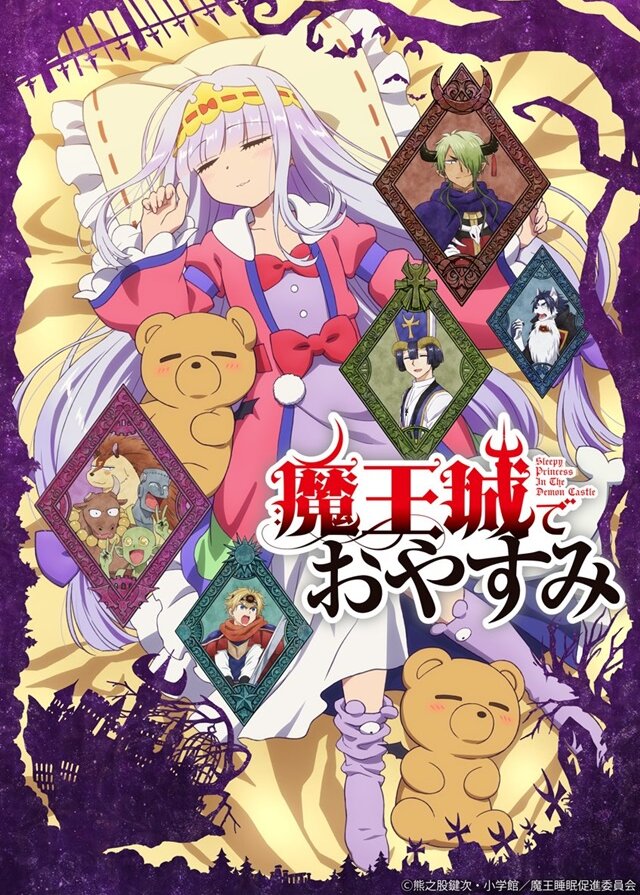 You see, there comes one moment in the life of a man, where he stumbles upon unsurpassed greatness, a moment of utter joy, a once in a lifetime experience. This anime is… not that moment. But there is another moment that comes in the life of a man, equally rare (not really bit for the sake of the drama lets leave it there) where he goes into something with zero to none expectations, yet he comes out with more than he expected. This anime is… actually one of those moments.

It’s the first time I decided to watch currently airing series without waiting for them to finish, so I tried to watch lot of them, keep watching the ones that won’t make my eyes bleed and drop the rest. I’ll tell you what, my money were on my eyes bleeding when I clicked that 1st episode to start. Yet they didn’t bleed. I did not vomit uncontrollably. I didn’t feel like murdering people. I did not wish I hadn’t been born. That being said, I did not cry tears of joy nor did i suffocate from laughter. I just had a silly, goofy half ass smile on my face while watching this show.

Yes… there isn’t really a story, but hey it’s comedy who needs a story? Well everyone but that’s a topic for another day. It could have been better. It could have had a sense of continuity, you know gathering stuff and keep improving her sleeping… comforts? There are some items though that reappear at later times and that’s something I guess. Also it could have been way more tight, like lets say 6 episodes? Or maybe 12 ten minute episodes? So the lame parts don’t take place or the good jokes don’t reoccur too much. Oh there is also some hero trying to save the princess, supposedly progressing really slowly but no one really cares. What matters is, not ecchi jokes, no otaku jokes, well some videogame themed and lingo jokes, but thankfully not too overused. It’s just goofy, silly, mature in its immaturity and for some reason heartwarming comedy.

Characters, well… it’s comedy who needs characters right? Well everyone but you know, not gonna talk about it here and now. They are all just caricatures, tipi-fisi, their characteristics include being comedic, being comedic and being comedic. Oh, there is also the princess who just wants a good night’s sleep, for the sake of being… comedic.

Animation is not top notch clearly. The show is made by a studio who only does romantic comedies and series that are romantic and funny as well as some funny romances. I have not watched a single one of their shows, but I can tell you this and I am 100% sure, this is the best show they ever made, and the best one they will ever make. So the quality is not there, but it works, the colors work great, the atmosphere works, and while they are not even detailed at the slightest, the facial expressions work surprisingly great. The character design is really simplistic and generic, yet it works… you guessed it, great.

Now, this is arguably the studio’s best work, the director’s best work, the mangaka’s best work (only the character designer can make a case that has done something better), now, there is another person involved that’s clearly, by far and without a doubt the best work she ever made, the composer. Holy shit the music is great, its simplistic of course, but it’s just so catchy, it goes so well with everything that’s going on on the screen, and you just find yourself humming it while the main comedic tune is played. It’s like a kick in the nuts, simple and unrefined, yet very effective. There is also voice-acting when it comes to the sound department. The princess’ VA is fuckin nuts. It’s the second time I find my self admiring her, she first made me say that Somali (from Somali and the forest spirit, which is nice show btw, go read my review and consider watching it) is the least annoying little girl I’ve ever heard in any anime, capturing in perfection the essence of an energetic little curious girl, now she just goes and makes this stoic, sleepy, cynical, borderline psychotic little princess sound right on point with every sound she made. Splendid, simply splendid job miss Inori Minase, big fan of yours (I haven’t heard her in any other show so if she is terrible elsewhere please just let me be ignorant and happy ok?) The rest of the cast also does a great job, talented people with recognizable voices that do a really great job voicing comedy. In general the sound is the heart and soul of the show that pours some life in its comedic shenanigans.

Is it this show worth a watch? Yeah, sure. But you gotta know what you are looking to get out of it. Because you see, the jokes won’t make you lough out loud (at least I didn’t), yes they get repetitive, they get old at some point, some are kind off dragged out too much, there is really no story, just a premise, there are really no characters, no progression, no conclusion (well there is some conclusion I guess...kinda...maybe...but not really), animation is meh, but, but, there is always a but. This simple comedic premise, along with amazing sound overall, is enough to put a silly little goofy smile on your face. Don’t binge watch it, just 1 or 2 episodes at a time will be enough to brighten your gloomy day a little bit. Oh, and it’s super effective before going to bed. Suyaaa….

best anime in this season. its so adorable and innocent. the princess doesnt give a damn about escaping, she just wants her nap lmao. i like how everyones misunderstanding the princess and always thought that she was going to escape or help the hero. watch it if you want to laugh :D

Princess is literally savage without knowing it, she goes on so many journeys/quests  to help herself with her sleep while ruining the demons plans!! 🤣 She literally only wants to sleep. It's like she don't care about what they do or say as long as she gets what she wants for her sleep, amazing escapes.  The whole sh*t is the best and the funniest thing I have seen yet! This anime at least need to have 3 seasons, I will repeatedly watch this anime over and over. They think she keeps trying run away even though she comes back ever time and has called the demon castle her home a couple of times! Just gotta love this anime

Good night in the Daemon Lord’s castle is surprisingly good comedy series. Simple premise and stereotype of fantasy/fairy-tale is turned upside down, with princess obsessive about sleeping so much it causes no end of issues for her captors. One could ask what could be so dangerous about princess sleeping inside her cell in Daemon Lord’s castle? It’s quite simple she doesn’t hesitate to act even in face of her own peril, destroying invaluable equipment or even brutally murdering some daemons [1] in order to get better pillow, bed and overall improved sleeping experience. Everything happens with occasional side story of brave hero desperately trying to save princess from her horrible sufferings in her imprisonment. Even if the princess herself acts more like on vacation, than proper hostage. This frustrates Daemon Lord to no avail. Surprisingly enough the comedy doesn’t get stale after few episodes. The series manages to keep things relatively fresh. It can top the previous comical moments or introduce new characters or shift relations between existing characters in order to keep things fresh. The comedy is enhanced by funny expressions of princess and great soundtrack. I really like the opening theme song. It’s awesome. It’s memorable, uplifting and fun. Ending theme is nice too. I like how during the series inhabitants of Daemon Lord’s castle including Daemon Lord himself pretty much practically give up on the idea on some common-sense hostage abductor interaction.

I do recommend the series, but it isn’t suitable for binge watching due to the nature of the series. For me it was the best anime of the fall 2020 season.

[1] If you watch Angry Video Game Nerd you can recognize reference to an old game, where you have to escape as girl from small ugly man with large scissors.