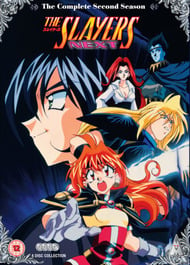 The adventures of the fiery-haired, all-powerful and flat-chested Lina Inverse continue, as she and her crew of misfits find new friends, a mysterious and secretive priest and a vengeful and love-crazy princess! As they battle monsters that wish Lina dead, she and the gang search for a bible that may tell them how to defeat them, yet it eludes them at every turn. The secrets of the Claire Bible contain all the knowledge of the Water Dragon Lord, but who are these sinister forces that hunt Lina and what do they want? 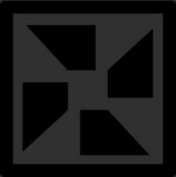 Background of the Show Slayers NEXT is the sequel to the anime Slayers.  The franchise is set in a sword and spell universe, it's based on the novels done by Hajime Kazama.  The story focuses around a young sorceress Lina Inverse.  Greedy, intelligent, quick tempered, and extremely powerful, Lina has problems listening to authority and a penchant for collateral damage.  Slayers follows Lina and her friends on her semi-serious, semi-comedic adventures. Story - 9.5/10 One of Slayer's franchise's strengths is its story telling.  Despite being a hybrid of both comedy and action, both can be seen on a regular basis without interruption.  As much as "filler" becomes known as a bad word, it becomes extremely helpful in layout of the franchise as many times, the comedy takes part in certain episodes, while the drama takes part in another.  The two don't interfere with each other much (the openings to minor serious points will still be silly, but when the story gets down to business, in Slayers NEXT, all the comedy vanishes) and synergize as you get excellent feelings of both.  In a major sense, the show provides two sides of the same character: In one, you'll get the serious version.  For example, you'll find out Lina's strength is viewed by others.  At other points, the same traits will be played for laughs.  Lina's power will be used for the most trivial reasons...down to and including just making fun of her breasts.  Even more interesting is that neither side of these stories feel forced and are strong in their own right.  The serious side of Slayers NEXT is very intriguing.  At no point does it really feel laboured.  It's a rare case where the story picks up steam and never slows down, if you were to watch the serious parts only.  And the funny parts top it...they're actually the best part.  I'm rarely a fan of slapstick, but the execution is amazing.  One episode stories will pull you in despite being completely silly and having nothing to do with the actual storyline. Animation - 8.0/10 The show's animation is what you expect from a late 1990's anime.  The fluidity is generally solid, though sometimes gaps will appear (especially in some spells, such as Elmekia Lance) and the filler episodes don't show spectacular decrease in quality from the rest of the series. I will state though that there is obvious jump in animation during the most important story episodes.  It is also notable that some episodes have harder solid lines on character's faces than other episodes (in particular in the first arc).  This is a little distracting, but not a major drawback.  Overall, it's solid and good quality, but not outstanding...with obvious exceptions in the key episodes, where it improves to excellent. Sound - 8.5/10 This ranking incorporates many sections.  I'll go through them individually:  - Songs: By far one of the highlights of the series.  The opening, Give a Reason, is one of my favourite songs, flat out.  Nearly pitch perfect.  The ending is just as good.  Megumi Hayashibara is tough to fault in either...it's hard to say that Masami Okui did much wrong in the ending either.  - Sound Effects: Passable. Many of the sound effects were borrowed from the Dragonball series, but they fit the scenario and what they are used for.  - Original Sound Track: Good.  There are some excellent compositions for the show, but most are unspectacular.   - Voice Acting:  Good in both languages.  You really don't lose much by picking either.  Slayers NEXT's dub was fairly revolutionary for its time too, as the script was given pretty careful consideration compared to many of the "massacred" scripts of the era.  While dated by today's standards, they were considered better for its time. Characters - 10/10 The incredibly unique characters is the biggest appeal for this show.  The cast is varied, unique, and memorable in their own right.  From Lina's spitfire personality to Amelia's justice spouting menality to Zelgadis' straight man act, almost every main character has a personality which is well written and would stand out on their own.  One of the largest appeals though is that the heroes are generally heroes in name only.  The crew mostly abides by Lina's whims...the right thing to do isn't always followed.  Lina herself is sometimes heroic, but is also driven by her own petty desires...such as getting a decent meal!  In fact, much of the story is driven by survival...to go much detail into that would bring in spoilers, so I'll leave it at that. Long story short: I find it difficult, even several years removed from my viewing, to find major flaws with the show.  It's greater than the sum of its parts, but that's no slight on any of its parts; everything about the show is excellent.  A strong contender for being the best anime of the 1990's and generally in my top 3 anime overall.  Overall - 9.5/10

This episode keeps the same feeling as the one before with a little extra comedy in it. Comedy brought on by the ex-princess Martina. She’s supposed to be the protagonist but shes more of a comedic relief that I think was put in when people wanted Naga back. Her outfit is slightly less scandless then that of Naga but it’s got the same sort of feeling. I always wonder how the hell those types of clothing stay on a character when her body is always moving around the way it does. Anyway, she is completely out of control, even to the point that she orders her father around. How the hell a princess becomes a spoiled little brat I… ok, never mind. I answered my own question. It is here that you sort of learn more about who’s side Zelgadis bats for. I have to admit that when I said he was chaotic good in my last review of the first series, I was a little wrong. I believe him to be chaotic natural rather then good. This is because he goes to whatever side he thinks he has more of a chance to get his body back to normal, a feat that always seems to screw up in the end. We also have the normal Lina, Gourry and Amelia as in the last season. Some of the stuff does seem repetitive, Evil guy wants to take over the world and what not, but there is enough that doesn’t repeat itself that kept me interested. I loved when Xellos ended up showing up out of no where with no reason except for him to get some screen time and give a little more comedy! Next to Zelgadis, Xellos is one of my favorite characters! Now I should also bring up the character Xellos. It is unclear a lot of times weather he is on the side of good or the side of evil but one thing is clear, he is chaotic in nature. Everything he seems to do is to make chaos in the world. He also seems to be rather interested in Lina in somewhat of a romantic way. The artwork keeps the same feeling as the first one, showing all our favorite characters in rather interesting predicaments although there are times that the art style looks like the animators got a little bored. We have the same voices as what they had before, including Crispin Freeman as the voice of Zelgadis. No one else’s voice changed lucky for us and so we don’t have to worry about the same problems that would arise like say… in Pokemon where we hear the cute little boy’s voice change into a crazy puberty voice. David Moo did a rather splendid job catching the witty voice of Xellos, keeping him playful and charming without destroying his overall intention to his voice. After the voice actors got down the personalities of there characters in the first series, they kept that going throughout the next and kept it as fun as it ever was. 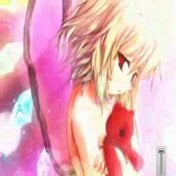 This anime follows up on the original Slayers series.Lina Inverse, a travelling sorceress, along with her friends Gourry (mercenary), Zelgadis (sorcerer and sword weilder), and Amelia (sorceress in training/ princess) go amongst cities and towns just minding their business. As they try to search for things that they deem of value and use, they're always on the look out for the greates food around. They always seem to find themselves in the midst of some sort of moster or enemy that needs taking care of, sometimes just because Lina wants some gold. :PI must say that if you enjoyed the first season, you will definitely like this one. I think it adds more oomph to the original as well as its follower, Slayers Try.I somewhat find this series to be a bit like Dragonball Z, only because once Lina Inverse (the main sorceress) goes up against a huge enemy or whatnot, she struggles, then overcomes it with some powerful new spell. Just like in DBZ, they fight one hard guy, then struggle, then beat the hard guy, then another guys comes along who is even harder.. etc.There are some new characters including Martina, who resembles a one person Team Rocket. She always wants to beat Lina with her "diabolical" plots, yet always fails in some humerous way. Another new addition to the crew is Xellos, the ever-mysterious "travelling priest" who's favorite catch phrase is "That's a secret." They both add to the plot.Anyway, if you watch the Slayers, you should definitely plan to watch all of them. :3 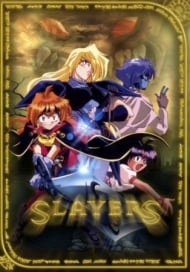 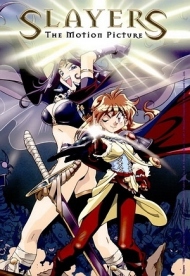 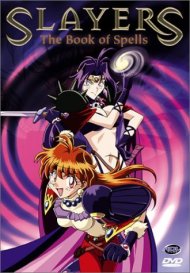 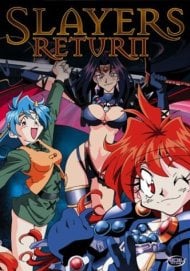 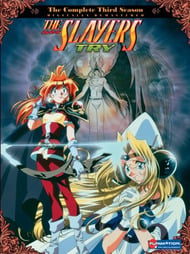 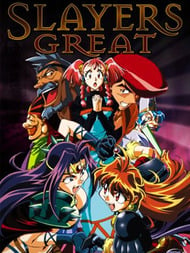 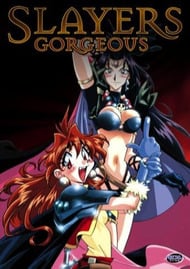 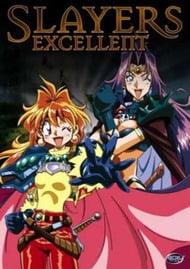 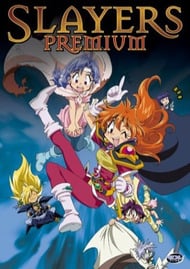 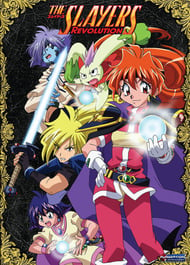 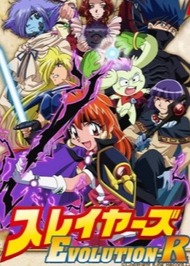 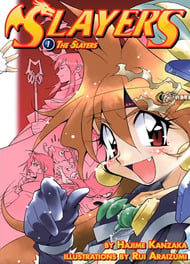 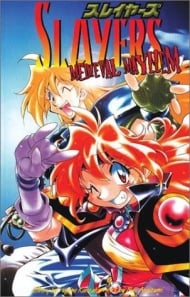 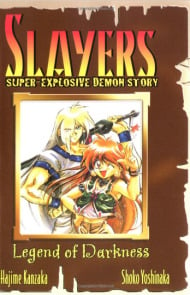 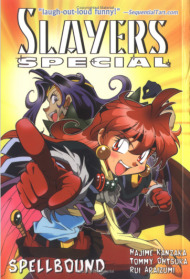 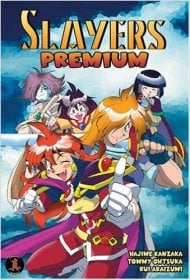 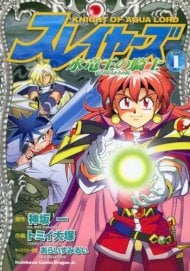 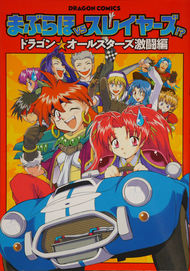 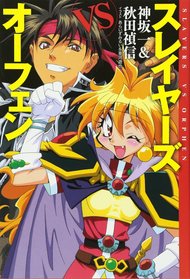 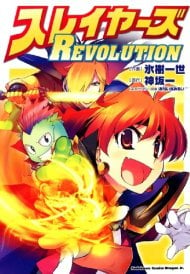 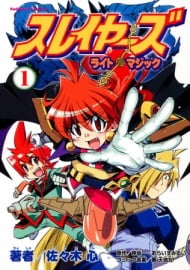 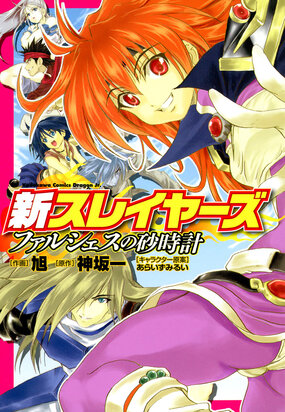 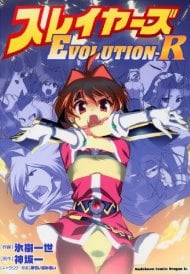