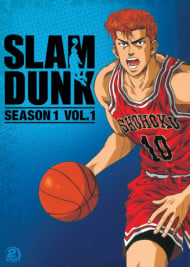 Why would I ever watch sports anime when I can just watch sports in real life? Immediatedly after learning that sports animes exist, this is probably a newcomer's most common reaction. Indeed, the argument is a sound one - why waste time on unrealistic, cheesy, and above all lengthy animes when the actual sports that they mimic are often so dreadfully boring? The answer, of course, is that what makes sports animes so good is not their mimicry of reality, but their enhancement of it. For one, the characters of a sports anime show are always much more likeable than the fluid injecting, pill pushing athletes of modern day society. Secondly, boring, one-sided games can take up as little air time as possible, while the exciting, awesomely close matches can be drawn out for as long as the suspense will hold. Finally, the players' skills at the sport can exceed well beyond the realm of what is humanly possible. As a result of all of these factors, at its best sports anime can easily surpass anything that the original sport has to offer. Unfortunately, the genre also suffers from a good deal of weaknesses. Most importantly, unlike in real life, the story can never be truly random. Oftentimes it is possible to "outsmart" the anime and be able to predict how a match will eventually turn out. The moment this happens, practically all suspense is lost. Also, oftentimes the pacing of the show is slowed down well beyond what is enjoyable. In some sports animes, episodes upon episodes cover only a tiny part of the overarching storyline. As a result of these two potential pitfalls, sports anime almost always walks a thin line between unsurpassed excitement and absolute tedium. Slam Dunk is the quintessential example of a sports anime in the way that it clearly reflects both the incredible strengths and the overwhelming weaknesses of the genre. On one side, you have likeable characters engaged in what is frequently a terrifically captivating storyline. However, on the other hand, the show is oftentimes critically damaged by its painfully lethargic pacing and its extremely formulaic nature. Figuring out that every single game is decided in the last 30 seconds doesn't take very long, and once this realization occurs a lot of the fun is taken out of the beginnings of the game; after all, none of what happens in the first 35 minutes will ever end up mattering anyway. Also, unlike some of the newer sports animes out there, the show is certainly not helped by its animation or sound; both aspects are noticably outdated. Animation-wise, the unique character designs are pretty much the only positive quality; everything else is decidedly mediocre. The sound suffers terribly from the obnoxious voice acting of Sakuragi and the impressively awful music. Is this anime worth watching? That's a difficult question to answer. While at its best the anime is riveting, at its worst the storyline becomes far too prosaic to be enjoyable. The anime is certainly not good enough to convert any new fans; however, as someone who was already fairly fond of the sports genre, I enjoyed the show enough to watch through the entire 101 episode series. Essentially, if you haven't yet been acquainted to sports anime, you should first check out Hajime no Ippo, which is undeniably the best the genre has to offer. However, if you've already blazed through animes like Hikaru no Go, Initial D, and Prince of Tennis, you'll probably enjoy this one as well; just don't expect anything spectacular.

Story So some hoodlum decides to play basketball pretty much out of spite and because of his gigantic ego.  However, this guy actually has a bunch of hidden talent waiting to be molded into something amazing. This story is epic.  It produced a whole bunch of feels in me and had me jumping in joy whenever something awesome happened.  A little quirk I loved about it is that they were pretty knowledgeable about NBA trivia. Animation I kind of have a thing against basketball anime.  They dribble for like 30 seconds going as fast as possible and only travel like 10-15ft.  I mean, I play basketball and going all the way down the entire court should take less than 10 seconds and that's pretty generous.  It has what you expect from an older anime from the 90's.  With the limitations of the time they still produced some great animations and sequences. Sound The most notable thing for me in the sound department is the amazing openings of the show.  They're really addictive to listen too.  It gets me in a great energetic mood and gets hypes me up to get the show going.  Love the little sounds too.  The sound of dunks and sneakers squeaking is something that I just can't get enough of. Characters A show can have a great story and great animations but if there aren't about people that're interesting then there's no point.  That's not the case here.  Every character is great.  Each have their moments to shine and give you a reason to cheer them on.  The main character, Sakuragi Hanamichi, is a great character and is developed well.  I just couldn't get enough of him and his antics.  However, he wouldn't be as entertaining if he had boring people to interact with.  All the side characters were developed amazingly as well.  There's Akagi to be his mentor.  There's Rukawa to be his rival.  There's Ryota to be his best buddy.  Each produce great, epic, and hilarious moments that keep you wanting more. Overall You can't talk about this anime and NOT compare it to something like Kuroko no Basuke.  The one thing that this anime has over KnB is that it's obviously more realistic.  It's definitely more relatable which helps you connect with the show and its characters.  Pacing is really slow but it Rome wasn't built in a day.  Only thing keeping me from giving it a 10 is that it wasn't fully complete.  I read the remainder of the manga and it was just as, if not even more, epic.  Justice needs to be served and the show must be completed. 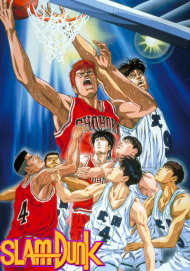 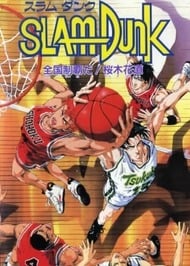 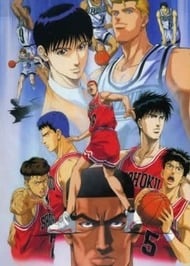 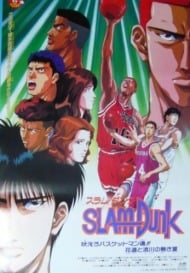 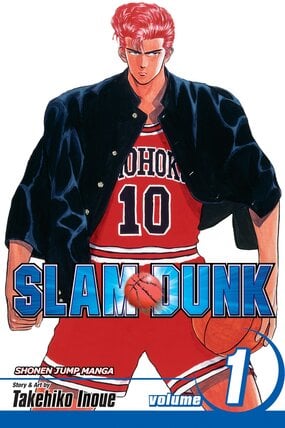