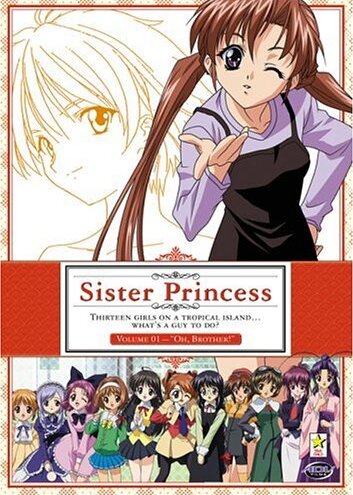 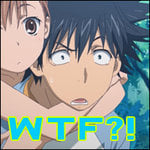 Though it may not have action, adventure, or other things, it's a very sweet and adorable show. I originally watched it just to past the time, but as the episodes went on I grew to adore it and it's beautiful family. I wished it would never end, but alas it had too eventually. I adored the way the sisters looked up to Wataru and his reaction to it all, each sister had her own charm, from Karen to Kaho I fell in love with each one of them. When came time for me to watch the last episode I felt like I was gonna cry, it's a very sweet and adorable show. I will always think of it fondly.

This was an ok show, though I did rather enjoy it. (But even then, it has major problems that have to be addressed.) It reminded me a lot of Angel Tales in how the characters act around him. The only problem is that it’s his sisters and not guardian angels but even then, I can’t take these characters as sisters. None of them really look like him at all and there seems to be a little girl that he keeps seeing in a yellow outfit that keeps talking to him in his strange dream world. They never explain who it is, they just show her.

The story line pretty much goes back and forward and most end up with Wataru and his sister of the week doing something on the island. It doesn’t even explain much about how he got his sisters, what the charm that keeps being shown is, or even why the hell we should even care. Every once in a while, it seemed to go into a rather fantasy look and then back to a slice of life. Once in a while, it hinted that it was going to be a romance with him having to pick one of the sisters as a love interest but then snaps back away from it. I actually had a feeling it might turn yaoi because Wataru was always writing to Akio the whole entire time and he sounded like he was gay when he read the letter out loud.

Now to talk about the characters, and oh god… how do I do this? Maybe I should group them into age categories. Aria, Hinako, and Shirayuki are the younger sisters. Let’s see, I can pick out what there one personality trait is. Aria is a Victorian gentle women, Hinako is the carefree child, and Shirayuki is the wanna be chef. Again, it’s really really sad that I can pick out one trait that explains them. Kaho, Mamoru, Rinrin, and Yotsuba are the middle sisters. Yotsuba is the detective, Mamoru is the tomboy, Kaho is the gardener and clumsy, and Rinrin is the inventor. Karen is the girl Wataru’s age, and the only one that seems to be seen more often. She acts like a mother to the others. Sakuya, Marie, Haruka, and Chikage are the older sisters. Sakuya is the flirty one, Haruka is a traditional Japanese girl, Marie is the slickly sister, and Chikage is the fortune teller. Again, that’s all we understand from them because we don’t see enough of them to tell us anything else.

The animation is pretty much the same as every other show, nothing special and the onlything that shows is the crazy hair the sisters have. The girls all have different colored hair with no reason as to why, only some having brown hair which is close to Wataru’s. I’m glad that Wataru lost the stupid glasses that he wore in the first episode because he looked like a geek. He even says they are just glass so why the hell wear them in the first place?

The voices are the bad part mostly (I’m talking English Dub here…. Haven’t seen Sub yet). Most of the girls have high pitched whines and even Wataru sounds whiny and a push over. Braden Hunt does his voice and I really think this guy really doesn’t have a good voice for a lead role like this. He sounded way more out of character and off. I am not going to get into all the voices because really now, its way to many to and the fact that they all have to high of a voice bugs me, plus how Mami has the voice of a smoker too.