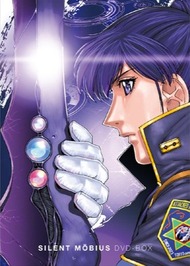 It is the year 2023, 30 years since the time of the Silent Crisis that brought the world to the brink of destruction. In the present, other-dimensional beings known as the Lucifer Hawk are running rampant, and threaten to take over the human world. The only hope for mankind is the AMP -- the Attacked Mystification Police -- a group of women with paranormal abilities who are dedicated to stopping the Hawk at all costs. With the frequency of attacks increasing and the bodies piling up, it's up to Katsumi Liqeuer and the rest of the gang to stop the invading threat... before it's too late.

StoryThis is an interesting series which I feel is very underrated, more people should watch it. What we've got here is a nice cyberpunk story with a mature cast and a mature story. The AMP department consists entirely of women, women which are in the beginning in their mid twenties, not in their teens, as is the case with lots of anime out there. The character designs also feel very mature. If you like fanservice then this is the wrong anime, it's not something which belongs in it. Sure, we've got well trained police women wearing a leather police uniform..but that's pretty much it. The story kicks off with some police action and our main protagonist is introduced in the first episode. From there on we've got some episodes where the whole cast interacts with each other before the story focuses on the individual characters. All main characters have their own episode about themselves, and the key players get more screen time. The second half of the series focuses on the plot which has been built up in the background during the "introduction" episodes. From here on we don't see much happiness or comedy. The main plot surfaces more and more and things only get darker from here on. The whole story builds up in a very structured way which works well. AnimationHmm, I'm a bit split here. When I watched the first episode I got this "80's" feeling, meaning that it looks a lot like how cyberpunk was made back in the days, e.g Bubblegum Crisis, Venus Wars etc. Dark colors were used during the night to make the environment more hostile, and then during the day, vibrant almost gleamy colors. The cities are also very "hi-tech" with the buildings covered with steel plates, gigantic structures and so on. The character designs are mature. The women actually look like women. The age differences are also depicted visually well. The oldest woman of the group looks oldest with the most accentuated face and the voice carries more experience and authority. The youngest looks like the youngest with a softer face, a more carefree style and eyes which doesn't look fully as experienced. This show was from 98 but might as well have been animated in the beginning of the nineties; there are however a couple of giveaways in the FX department; There are some lightning FX and explosions here and there. It's done in an okay way and I don't have anything bad nor good to say about it. The original Silent MÃ¶bius manga which spawns over 12 volumes was supposedly started at the end of the 80's and this would explain why the whole environment in the anime also look like it. I like this "old-school" animation and it fits in well into this genre. SoundThis is also another thing which enhances the whole 80's feel. The music is standard keyboard made music in many cases, there are some classic pieces as well though. The music is fitting and not bad in any way albeit cheesy at times, it also fits with the animation style. What surprised me a bit was the English tunes being played in the show. We've got some well known artists from US helping out here, like the singer from the 80's band Chicago to mention one. I watched the Japanese version of the show and liked the VA:s. They did a good job in acting out their role as I hinted at during the "Visuals" section. CharactersThe characters are given time to develop and all of them grow, some a lot more than others. In this story we also have some love aspiring between some of the characters (not between the women) and it's done very nicely and believable. All in all I'm satisfied here. This is where the show stands out, becuase this is what the show is mostly about, it's a slice of their lives, how they live and interact with each other. It's well depicted, everything from the younger one experiencing what it is like to fall in love and the more expensive one dealing with complicated political matters. They all have their quirks though as is shown during one episode. But don't we all have our quirks? OverallI give it a well deserving eight. I'd like to give it a 9 but it didn't capture my absolute, unconditional interrest until awhile into the series, once it did, however, I was stuck in my sofa. This is cyberpunk which has a lot to offer for those who are interested in this genre, even if you normally wouldn't be. I'd still recommend it seeing that it focuses alot on relationships, spiritual powers and such things as well. I am currently collecting the 12 manga volumes as I am interested in reading what the creator originally had in mind, since the TV series is based upon the manga.

StoryFirst, if you'd like information on how this fits in with the movies, please check out the AniRec Database entry, and click the yellow question mark. Silent Mobius is a gripping sci-fi cyberpunk thriller about a group of women, with their struggle to destroy the merciless beings known as the Hawk. In general, the storyline is unique and interesting, with a great deal of story that isn't revealed until later in the show. But the part I liked about the Mobius plot the most, was how it was executed. The series starts out how it should be, alternating bits of plot with character development, or story development in general. For example, one episode early on acquaints us with the present state of Tokyo, and how the city is. This is shown to us during the entire show, actually, which makes you feel a lot more involved in the environment, not just the characters and their plight. And as far as the character development, I'll discuss that below, but I want to make a special note of how well placed I thought the major character development episodes were. Honestly, the plot reminded me a lot of Xenogears in a strange way. All this praise, so why the 8? Namely, because it seems you are expected to know too much from the manga (or need to read it afterwards) to understand what is going on. Although most things are explained in a fairly easy to understand manner, by the end I still had many, many unanswered questions. In addition, the story did get a bit awkward in the last few episodes. Granted, it wasn't like anything was done wrong, the story just didn't seem to flow as well. Regardless, the plot was fantastic, and succeeded in creating a very dark, moody, and emotional sci-fi cyberpunk feel. AnimationVisually, Silent Mobius was beautiful... especially if you watched the movies prior, and saw the difference in style. The character designs definitely looked older, with long pointy faces and pointy noses, and hair that seemed to always look like a mullet. The backgrounds and cityscape shots were truly the most impressive, with scenes looking straight out of something like Dark City or Blade Runner. If this show did anything fantastically, amongst other things it would definitely be the attention to detail with the surroundings, and how well it portrayed the environment the characters live in. Occasional still scenes were used, but sparingly. CG was used occasionally as well, and was quite honestly pretty bad, but also used sparingly. The character designs of the Hawk were especially amazing, reminding me a LOT of Blue Gender, in a way. One of the monsters looked like the final boss from Dragon Warrior 4! So that was a big plus also. ^_^ One scene really comes to mind when thinking about how well the visuals fit the story. There was an episode where one of the characters came to a realization. During the entire episode, it was black and white. Once the realization was made, it changed to color. This made the storyline at that time be incredibly powerful, and much more effective than telling the story with no visual aides. The camera angles, colors used, and everything about the visuals truly made this series a gem to watch. SoundEasily one of the catchiest intros I've heard, which is unusual for me. Only Stellvia has captured my attention like so, making me actually want to listen to it when it happens. The normal music was a really great mix of all sorts of types of music. From the keyboard sounding techno beats, to the victorian gothic pianoish sounds, to live bands wailing. Usually this kind of thing annoys me, but for Silent Mobius, it did nothing but help with the mood. CharactersSuch a highlight of the series. As previously mentioned, character development starts from episode 1, and continues on in a very realistic and rewarding pace. An entire episode is dedicated to each main character, spread out over the first half of the series. Katsumi's development is obviously more in depth, and many more episodes are dedicated to her. Not only are the characters mature emotionally and physically (all being mid to late 20s), but they develop very serious relationships and friendships, that are believable in every way. These help give rise to love, loss, joy, and tragedy in ways that petty high school dramas cannot. OverallSilent Mobius was a beautifully animated, musically pleasing, wonderfully thought out series. I came into it expecting a good sci-fi viewing, and I was satisfied almost 100%. Had it been explained more, I probably would have given it a higher score. It had everything I was looking for: mature relationships and characters, a compelling, complicated storyline, and visuals that were a treat to see. If you like these kinds of shows, I highly recommend checking this out. It definitely is on my "good sci fi list" to recommend to people now!

I have to admit to something. I watched this anime a very long time ago, but there are not many reviews for it. There are no spoilers I promise. It started out slow for me and I stopped watching it twice. Once I got a few episodes in I was hooked. If you end up watching this anime your going to notice that it seems like a lot of newer shows copy the story line from silent mobius (or try to but fail). The story was very different and gave me depths that I would never expect from a 1998 anime series. The art is of course old, but for it's time it was probably awesome.  Without a doubt S+ for originality and a deep story, but there was a couple times where I thought what is going on here... but it got good again eventually. I think of this anime a lot when I hear someone say they are tired of newer animes. If you can get past the old style art you may find a story worth while. 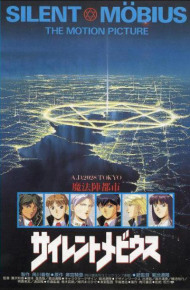 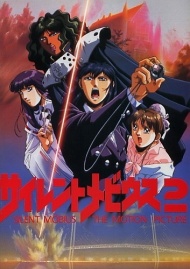 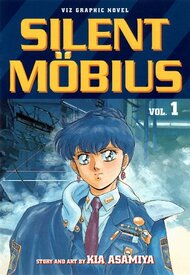 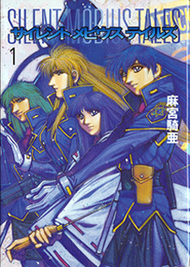 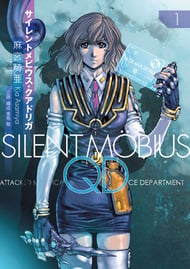