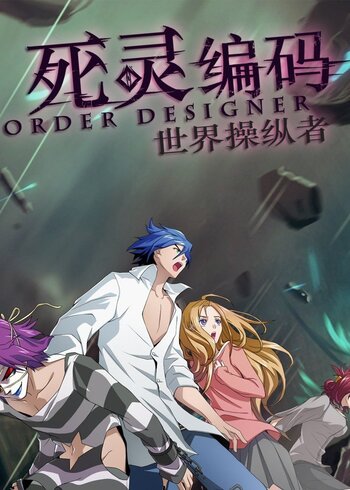 If you're looking for manga similar to Si Ling Bianma: Zhi Shijie Caozong Zhe Recap, you might like these titles.

Strange things have begun to occur around Akimi. Someone has just moved into the empty apartment right underneath hers, but no one has actually seen this mysterious new neighbor. In addition, random things keep disappearing from the building such as a desk, a bike, and even her own mother...??

High school student Kusakabe Makoto has to work all day to raise money for the treatment of his younger sister, who suffers from a serious illness. The father is unemployed, the mother ran away, leaving the children, bullying at work ... Despite all this, he does not lose hope and continues to live for her sister. But having learned that she did not have long, Makoto falls into despair. Fear of the unknown causes him to take a different look at the value of human life.

Who is Xiao Zhi? He is your unlucky classmate, your nervous neighbor, your weird childhood friend that hangs out with you... while there are countless parallel worlds, there will be countless Xiao Zhi, and each of them have their own characteristics and fate. The only constant they share, is that there’s always something weird happening around them…

Aku no Higan: Beyond Evil

What would you do if money could be exchanged for life? Sell ten years of life for a fortune or give up everything to buy one more year? At the age of 17, a high school boy who has it all together meets a man with superpowers that are both godly and demonic. Through a deadly struggle for his life, he stumbles upon a world "on the other side"! Take a cold look at the fixation on human life in this sharply illustrated dark fantasy!

Mayumi is a girl who lost her parents in a car accident; unable to deal with the overwhelming sadness, hatred and anger, she wishes only to be able to stop feeling altogether.Five years later, the now 18-year-old Mayumi's sister is the first victim in a series of bizarre incidents that involve people receiving text messages indicating a certain body part, immediately after which said body part is removed - painlessly and without blood loss - from their body and disappears completely.