Shura no Toki: Age of Chaos 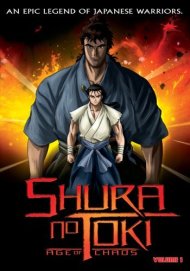 In Japan, legends tell of a strong clan of warriors who fought unarmed and walked the path of the undefeated. Since the Heian period, this clan known as the Shura helped shape and form history as we know it with the help of their legendary Mutsu Enmei-Ryuu style. Watch history unfold in this epic tale as the Shura and their ancestors witness the days of the swordfighter Musashi, fight with the one-eyed Jubei Yagyu and help influence the fall of the Shogunate and Shinsengumi; and most importantly, touch the hearts and minds of everyone they meet… 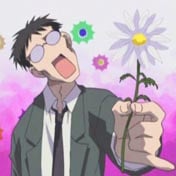 A Quick Review----- StoryI would say this plot isn`t some much a plot of one story, but a collection of mini-series based on martial arts. It follows the Mutsu Enmei style over 3 different generations, and relates this fictional martial art to events that take place from the 1600`s up until the Meiji restoration.AnimationThe animation quality was above average, but I felt the fight-scenes to be a little bit lacking in continuity, even if they were the pinnacle of the animation in the series. Also, a small use of 3D CGI backgrounds made the animation seem a little unnatural in some places. SoundOP and Ending songs are good enough, but not much music within the series to take note of, the VA`s seem appropriate, and nothing particularly stands out. Neither good , nor bad. CharactersFirst off, a lot of people don`t really like the characters in this anime; and I can understand that, because your exposure to almost every supporting character is episodic at best. However, the span of time that the anime covers is by no means brief, and the story tells various feats with a slightly different twist on history, but requires you to have some idea of who the historical characters are. I would say that there is just no way for you to get a deep look into characters and have them follow any sort of dynamic change that doesn`t seem ultra-superficial within that short timeframe. I would say that the characters are by far the most enthralling aspect of this anime, particularly the 3 young male protagonists of the Mutsu family; In each story, they seem to have realistic qualities and evoke excitement during fight scenes, and sympathy upon death of their friends. The have a laid-back attitude, and aren`t big talkers, which leads to a mysterious aura about them at times. I thouroughly enjoyed seeing their triumphs and losses.OverallOverall, I found this anime to be a good watch, although if you are like me, you may be frustrated with the brevity of each of the stories and the way in which the plot skipped forward in time. Admittedly, they didn`t prolong fight-scenes unnecessarily, and events took place at a quick yet not-rushed pace, so the impact of each story probably added to my enjoyment of the series in the end. 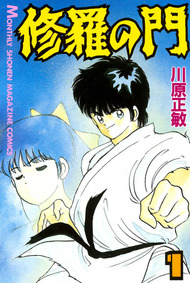 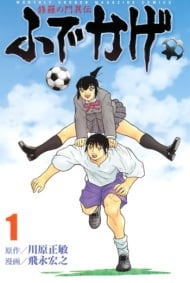