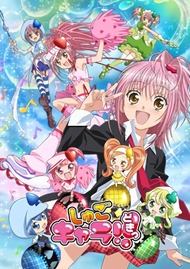 The guardians’ lives have been somewhat quiet lately, as X Eggs have stopped appearing. But just when the gang start to question whether Easter has given up on the fight for the embryo, a new type of X Egg appears and the battle begins once more. Amu has a lot to worry about – not only with the appearance of the new X Egg, but also the anxiety of wondering if Dia will ever hatch! Above all else, will Amu finally be able to choose which guy she truly likes the most?

Put the Heart of the Song on Wings!

To the Sky! The Feeling to Take Off!

When You Confess, it's Your Lucky Day!

Rima vs. Nagihiko! Are the Two Rivals?

Story: The story of Shugo Chara! Doki!! Is essentially the same as the original Shugo Chara,  Eggs appear for Amu to purify blah blah blah for endless fillers, but I found that this series seemed quite a deal more satisfying than its predecessor for two reasons: Reason One: The drama. Instead of being 100% innocence and cutesy, this season of Shugo Chara seemed to have an added oomph what made it appeal more to me. It also made it seem for an older target audience, another nice improvement from my point of view. Reason 2: The romance. Enter the Tadamu/Amuto love triangle what everyones been waiting for with bated breath, what suprisingly goes on for a large selection of episodes and has some interesting suprises. Amongst certain love confessions and certain cat-boys sleeping with Amu (Interpret that how you want to ;)), this is the main part of the show what keeps you watching. Yes, admittedly the very start of the show can drag on a bit, but when you get to the middle- all the way through to the end it picks up considerably with some good improvements and interesting plot twists. Animation: Identical to Season 1, the animation was very good, but could turn sloppy in a space of a second or two. Sound: Also exactly the same as Saeson 1 the music of Doki!! isn't that memorable, but its by no means bad. The music suits the moods of all the episodes and the opening and closing songs were very catchy, tempting you to download the OST. Characters: Quite an extraordinary amount of character development happens in Shugo Chara Doki!! And many secrets are revealed in the process of the revelations. Tadase and Ikuto in particular are developed a great deal in this season as well as the new character of Lulu. The only flaw I can mention is the one of Lulu's character development which took around 40 episodes to happen. They started telling you her story, but then they would pause and continue in about 20 episodes later which could get rather frustrating.  Overall: Definitely watch this if you liked the original Shugo Chara and want to see more romantic movement in terms of Amu, Tadase and Ikuto. The story isn't particularly back-breaking by any means, but the drama and romance makes up for it.

MASSIVE SPOILER ALERT! This will not involve divulging plot resolutions, but this is really nothing more than a brutal SHOWS MY AGE moment. While I was watching Shugo Chara!! Doki, I had at times connected this show to one I had watched as a tween-ager, an action spy-series called The Man from UNCLE.  I saw one solid parallel to Shugo Chara.  The Man from UNCLE had a brilliant first season where many people got terribly excited by the spy premise.  As a kid, I thought it would have a long run.  The Man from UNCLE lasted only 2 1/2 seasons, exactly like Shugo Chara.  And the main reason for the bursting of the UNCLE bubble was the second season, where the writers swung hard to include many of the counter-cultural ideas of the mid-60's into the plot lines to give it that SMArt look.  A classic example of failing to understand the viewing audience who were more conservative ‘beat the bad-guys from THRUSH.’  You know, staid middle-class.  In spite of brilliant episodes at the end of the shortened season three, the series was canceled. I have often thought while viewing the Doki! season and the first few episodes of the Party! season that Satelight had made roughly the same mistake.  Failure to follow up on the pizzaz the first season created. As for this notion of spoiler, it's more for me the realization that I'm more than a smidge above the average age of the typical A-P fan/reviewer.  My day may be spoiled, but if you can manage a good one, great for you.  But now ... on with the review. You can describe the essence of the plot in two words: done before.  The role of the Chara is enhanced, as Ran, Miki, and Su always introduce the episodes it their sweet and charming way.  The chara make more of an appearance and more of an impact than the people.  Well, Amu remains a major player, but it seems that the main task of the season is to develop the Guardians as a powerful magic team of middle schoolers out to save the city/neighborhood from the personality snatching Easter Inc.   Three arcs interweave throughout the season involving one fresh face, Lulu de Morcef, a transplanted French girl who wishes that her actress mother gets off the game show circuit and return to serious acting.  Capturing the Embryo is her ticket.  The other two arcs involve Ikuto, the first as he tries to avoid capture by Easter.  Hanging out in Amu's bedroom leads to a SMAttering of frictional comic routines that will stretch even Tadase's admiration for Amu.   The last arc deals with Ikuto captured and exploited by Easter, whose newest technology enhances Ikuto's chara powers to near murderous tendencies.  This leads to the final battle, three episodes leading to complications and out of the ballpark revelations about the real identity of Easter's mysterious chairman Gozen. I have always been interested with parallels any ‘magic girl’ series had with Toei Animation’s Pretty Cure.  First most is the character of Nadeshiko/Nagihiko Fujisaki, the dream girl of season one (who has this twin brother) now become quite decidedly male in that hard to dismiss girly manner.  This lines up with the character of HeartCatch Precure's Itsuki Myoudouin (Cure Sunshine) which aired one year after Shugo Chara's run ended.  Then you have the multiple transformations which were running concurrently with the innovative approach done by Yes! Precure Five.  Comparing them is hard because of technique, but Shugo Chara excelled in display of light, Precure in transition of form from girl to cure.  The theme of each person being capable of writing their own happy endings matches the theme of Smile Precure which broadcast four years after SC Doki!  In the end, the season was lame since it was less than same.  The story twists were intriguing, though you have this sense that you were not properly prepared for them.  You have the essence of Amu's habit of bungling through school life, love life, home life.  No other character, not even Ikuto nor Tadase seemed to offer strong support.  Nagihiko was ever wavering between his masculine chara and reemerging  feminine.  Starting out as an adequate replacement for the Guardian Queen, Rima's role got diminished.  Oddly, Yaya comes on strong, but only as she realizes that she will be the only remaining Guardian after the upcoming graduation.  But then, she becomes less babyish and more infantile (she has room for growth). As I have gotten into SC Party! the reduced final season, I have begun to notice the strive to be trendy.  Ironic, it was this zeal to be relevant that iced Man from UNCLE decades ago.  Then, it was the timing.  Too soon for 'hip.'  For Shugo Chara, it was stretching the premise too long and too much.  The good thing about SC is that it often tried to refresh itself with new themes and lively songs which kept it interesting, even in a déjà vu kind of way. 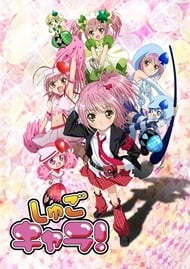 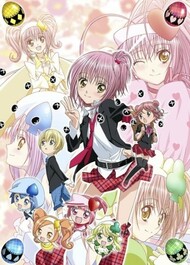 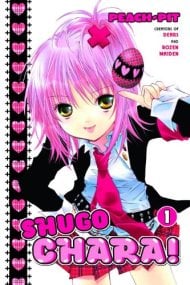 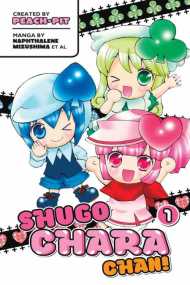