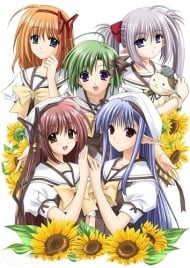 Premise: Rin Tsuchimi together with Kaede Fuyou live together on their own, with Kaede taking care of Rin while they go about their normal routine. Their lives start to get interesting when the Angel Sia and Devil Nerine come from their respective worlds and say they want to marry Rin. From here Rin will have to make a choice, whether to mate with an Angel, Devil, or even another human. Story(8/10): The story follows Rin as he interacts with Sia, Nerine, and other characters as they go about school. Despite the fact that there are fantasy elements in this anime with Angels and Demons and the magic they can use, this anime still feels more like a Slice of Life as it focuses on hardships of relationships and life in general. The Story at 1st sounds like your generic Harem setup with several girls in love with the main character for no real reason, and the main character's best friend who is an open pervert. If those are your thoughts for the 1st several episodes, you can be forgiven, but Shuffle is a different type of harem. One that is done very well. When the girls (Sia and Nerine) 1st introduce themselves to Rin, it is strange that they seem to know about him and want to marry him. They slowly reveal that they interacted with Rin when they were much younger and made a promise which they still are trying to carry out to this day. The other characters (Kaede and Asa) also have a history with Rin and all have their reasons for being with Rin which are slowly revealed throughout the anime. The characters have all had a rough past, mainly dealing wtih loss and factors beyond their control, Rin was there for many of the characters at the time and helped them through it, which explains the devotion the characters have for Rin. As said earlier, there are several fantasy elements present in the anime (magic, split personalities, artificial bodies, Angel and Devil Worlds), but it still feels like a slice of life throughout since the magic plays a small part in it. It is slightly diappointing how the characters don't travel to the mentioned Angel or Devil Worlds a little more, to explore more of what the society of all 3 worlds are (They travel to the Devil World only one time to help an important character). There could've been more background and details to how other characters and the other worlds worked, but the interactions and relationship the characters have with Rin give enough to the story to make it a fun story. Animation(10/10): The animation had a very good flow to it. This anime was made in 2005 and still holds up very well today. It has the style that could be compared to .Hack//Sign, Noir which I was reminded of while watching the anime. There are no fighting scenes (aside from comedic situations) in this anime since its focus is on harem, relationships, and slice of life. The eyes of characters are very good at reflecting their feelings similar to how Higurashi eyes tell a big story about the character. Sound(10/10): Opening and Ending are very good, I watched the opening for almost every episode, and the overall piano focused soundtrack fit the mood and atmosphere of the characters very well at the times it needed to, really intensifying the situations Characters(9/10): Each of the characters brings interesting personalities to the show. Rin has the qualities of what you would expect of the main character. Being nice to the girls and doing what he can to help, as well as being respectful. Kaede has a calm front put on with taking care of Rin and is also nice. Sia is full of spirit and spreads her passion to everyone in the group, while Nerine is polite and tries to better herself by conquering her weaknesses. The main character's best friend Itsuki has the "perverted" factor that many characters similar to him have, but he is funny without being annoying which is very important to make all the characters relevant. The characters and their interactions flow together very nicely. Sia and Nerine's fathers are kind caring fathers and at the same time are total goofballs which makes the scenes with them very exciting. Some of the other side characters get a fair bit of attention as well, which helps expand the relationships of all the main characters. Other Notes: This anime is based on a Visual Novel of the same name, and I haven't read the Visual Novel for it yet so there is no mention of what may be in the VN when I mention the few criticisms I have for this anime. Overall(9/10): The story has a good start and flow, but it feels like there are elements missing that could've expanded more on the world (worlds) of this series. Animation has a good classic feel and flow to it that brings the characters life. The soundtrack is very well done with the piano reflecting every situation perfectly. The blend of characters and personalities that interact with the main character make this a harem done right. Even if you don't like harem as a genre I would still recommend watching this. The characters feel very realistic and face forms of hardship that are very common, but are rarely explored in other types of harem. If you decided to watch this show for the fantasy elements, I would recommend not watching it as the fantasy elements are very small, there's no Lord of the Rings or Berserk present in this show at all if you were expecting it to be similar. It would be classified as "Low Fantasy or Mid Fantasy" I believe. For elements like the romance and characters, I would certainly recommend watching this.

Honestly i have only cried about six times in my life... This show has brought tears to my eyes. I will make this short and sweet. I cannot express how excellent this anime is like i want to because there would be many pages :). Long Story short, This is one of the best, includes something for everyone, distinctive charecters, lots of fun, and definatly worth your time :). I dont write many reviews but this is just a great show so i thought it deserved some positive feedback. I hope you take your time to watch this ;). 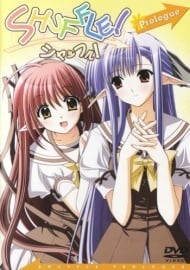 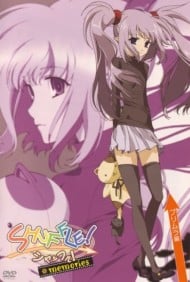 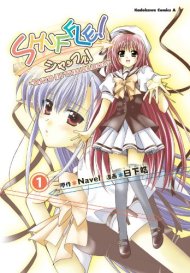 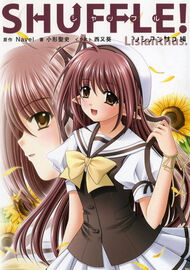 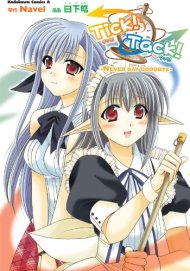 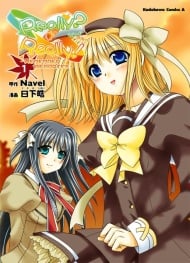