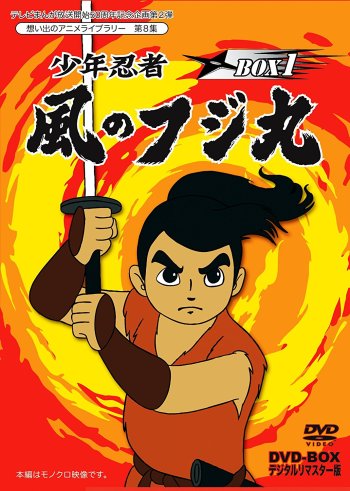 If you're looking for manga similar to Shounen Ninja Kaze no Fujimaru, you might like these titles.

With the world now safe and the ninja villages working together, Naruto's work as Hokage seems pretty mundane. Giving his son, Boruto, enough attention is the toughest task he has. But then Sasuke uncovers a conspiracy that may involve surviving members of the Uchiha clan. And at the same time, Sarada begins to have doubts about the truth of her origins.

Hayate's father, Tani no Maju had discovered and developed the "Ninja Transforming Magic/Techniques'' that enabled man to transform into super powerful ''Spiritual Ninjas'' who would be able to summon and utilize their own inner mystical powers. Majin Sai wanted to use this technique to further "Chiguruma Tou's" cause and make their warriors invincible. Tani no Maju resisted handing Majin Sai the secrets to this technique believing that in the wrong hands, this technique could pose a monumental threat to Japan. Majin Sai sent one of his "Youkai Ninjas" to steal the secrets of this technique. In the process Tani no Maju was killed, but not before he had shown Hayate the secrets of this process. Enraged, Hayate uses these techniques to tap into his inner mystical powers and becomes the super powered ninja ''Storm''.

Years have passed since Naruto and Sasuke teamed up to defeat Kaguya, the progenitor of chakra and the greatest threat the ninja world has ever faced. Times are now peaceful and the new generation of shinobi has not experienced the same hardships as its parents. Perhaps that is why Boruto would rather play video games than train. However, one passion does burn deep in this ninja boy’s heart, and that is the desire to defeat his father!