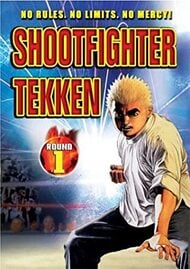 During his prime, Keybo Miyazawa's father fought the legendary Iron Kiba. Though they came to a stalemate, Kiba lost an eye and has held a grudge to this very day. Now, in the present, Keybo is the successor of the murderous Nanshin Shadow Style, which can easily kill a man where he stands. His father trains him well, but soon Kiba reappears and the two decide that Keybo and Kiba's disciples must battle to put an end to their feud. With many opponents in his way and no end to the feud (or Kiba's hatred) in sight, Keybo must deliver blow after bloody blow to clear his family's name and uphold the Nanshin Shadow Style.

StorySometimes I wish I could wave a magic wand and be instantly medicated. I'm talking serious painkillers or disassociatives here - something that could put me in a happy place and make me forget what's going on. Case in point, watching Kentoshi. Too bad my patent on a magic wand is still pending...Kentoshi is pretty much one of the most useless fighting anime ever. It takes every bad element of every type of shounen series and combines them into one steaming pile of suck. No really, Kentoshi has it all! There's the endless bystander commentary that gives us a special play-by-play of all of the moves we are also watching on the screen, the plot whose logic is completely outside the realm of reality, the non-existent and shallow character development, and the character designs that look like complete ass. The "plot" is a simplistic tale of revenge. Two fighters battled it out back in the day, time went on, and fighter #1 (Kiba) decides to return to settle the score (what score?!). Of course, instead of battling it out amongst themselves the two do the only reasonable thing: make their students fight it out for them! Oh, and did I mention fighter #2 sends his very son Keyba to do his dirty work?Each episode of Kentoshi is 45 minutes in length and follows roughly this format:Kiba tromps back into Keyba and his father's life, and demands some sort of fight with a resolution that he never actually honors once his fighters inevitably lose.Keyba and generic fighter #926 fight, while Kiba and father spend 2/3rd of the episode discussing the various techniques they are using (alongside some super awesome visual images of the body stretching, with the bones and muscles superimposed so you can see what's happening - OMG 2 COOL). Kiba, upon seeing Keyba getting hurt in any way, snidely asks the father how it feels to watch his son getting beat up. Near the end of each fight, we see a flashback about why generic fighter #926 is a badass like he is, in an attempt to make the audience feel empathyAudience member empties vomit bucket and turns on the next episodeForgetting the fact that it makes no sense why the loving father would willingly let his son do his dirty work instead of manning up, Kentoshi is simply boring to watch. The pacing sucks, you don't get involved with any of the characters, and in general the lack of logic and reasoning make the story tedious and almost laughable (but not in a good way). The only reason I can think of that someone might enjoy the story is if they are a fighting guru, but even then Kentoshi doesn't fit the bill; the fight sequences are choppy and condensed, and no special displays of talent are shown. Literally the only enlightening moment comes from a discussion about the face changing color depending on which organs are having issues. But does that make it worth a viewing? No.AnimationImportant note: if you have black hair (and/or thick eyebrows) and decide to bleach your hair, do the fashion police a favor: DYE YOUR EYEBROWS TOO. Otherwise you will look as silly as Keyba, and nobody wants that. The rest of the character designs in general are sharp and ugly, with oddly dark facial features and over-muscular fighters (as should be expected, I suppose). Character designs aside, the regular animation is decent when it comes to backdrops or scenery; however, as previously mentioned fight sequences are not fluid or spectacular in any way. SoundTypical synths comprise a boring and unforgettable soundtrack, and a hair metal song is the outro track. Voice actors did fine, but Keyba's actor sounds far too old for his character. CharactersRather than have a lengthy discussion about the shallow and predictable nature of every character, I'll instead put a check list of things the characters in Kentoshi must exhibit, in order to be given a lead role or even cameo performance:-Must be able to perform super awesome cliché fighting moves, such as being able to push out a knife, buried to the handle, WITH MUSCLES ALONE.-Must have a troubled past where your family abused you or abandoned you-Must be a decent person who really is just shortsighted of what's going on; once a fight ends, you turn to the good side-Must have a tree trunk-thick neck and beady eyes which are reminiscent of a chupacabraThe end. Zero empathy for anyone, and zero character development (even though it's attempted).OverallSometimes I enjoy watching rarities; they can prove to me, occasionally, that rare doesn't always equal bad. Other times, I have to chant a silent mantra in my head, "It's for the site. It's for the site." Viewing Kentoshi definitely falls into the latter category - I watched it so you don't have to. If you are a fan of fighting anime, watch something else.

Fight related anime like this, deals  with the mindset, philosophies, Techniques of the Fighters and their Disciplines...So, what if the previous reviewer said it was a shallow story or something. If you like Baki the Grappler or World's Strongest Disciple Kenichi or something a long those line,s I would recommend whole heartedly. I read the previous review a way back  and because of it i didn't watch the series for a long time...Glad I stumbled on it online by chance and, lo and behold I had a great time!Its about the fight not a great story or plot. with that said Its time to Rumble! 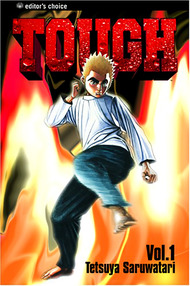 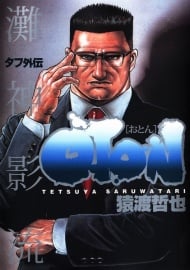 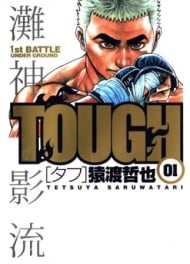