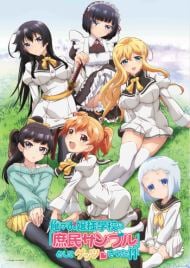 Bear in mind that this review has been written after episode 1 and contains a whole bunch of personal world views and opinions. 5 minutes in to the first and only episode I'll probably ever watch and I'm already mad shit pissed off. Personally I can't really handle animes where ignorance is the glorified standard (they make me feel like punching walls and torturing certain characters to near death). Dude is basically abducted to a girls only private school and just accepts it al without much of a fight. Head maid is a bitch and the school is filled with idiots who are so damn sheltered they barely know of, much less use, any technology from after the industrial revolution. And the school's damn mad shit "how do you even have a brain" idea to fix all of this is by letting a single freaking guy in, oh yeah, and he must be average and gay or else we'll ship him off to an unknown corner of the world where he'll be forced to spend his life in solitary. Characters seem a bit like shallow, off the shelf defaults with not a lot deepgoing personalities. Animation looks nice and clean, and there's nothing wrong with the audio. Overall a dropped/10

Characters are generic but good, I have watched the anime twice, and think its good. DO NOT WATCH THE INTRO, SKIP IT ALLWAYS. It is really disturbing! 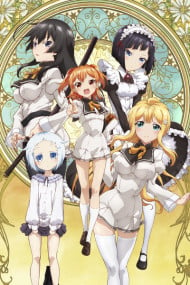 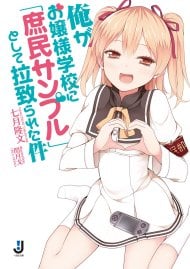 Shomin Sample: I Was Abducted by an Elite All-Girls School as a Sample Commoner (Light Novel) 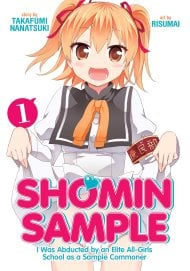 Shomin Sample: I Was Abducted by an Elite All-Girls School as a Sample Commoner 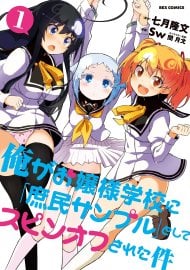