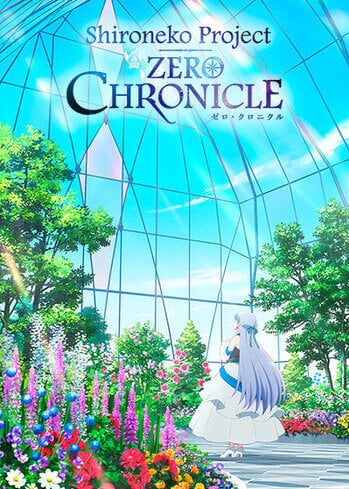 *This review contains spoilers* I really prepared myself for this anime. I watched the gacha story and read up on the app it was based off of. This series has virtually nothing going for it in terms of momentum here in the Western Hemisphere. For that reason, I was sort of rooting for it to succeed and be that anime that surprises a lot of people with how good it turns out. Unfortunately, after 8 episodes, I can safely say that won't happen.Story: If you know the story of Romeo and Juliet, there you go. It's essentially that, only this time the Kingdom of Darkness and Kingdom of Light are rivals. The Prince of Darkness is the underdog of the story. He comes from a poor area, and has to earn his way to the role, including beating out one of our other main characters Adel (more on him later) in a battle royale. Conversely, the Queen of Light has had it relatively easy. She was chosen over his sister Cima for the role, and is well respected by everyone associated with the Kingdom of Light. Eventually the Prince of Darkness will fall for the Queen of Light, and this covers their journey to that point.I enjoyed the pacing for the first few episodes. I like how they divided each episode into a 10 minute segment for the Prince of Darkness and the Queen of Light. Those episodes had flaws (the fight scenes and dialogue for this anime are not the best by any means), but it was creative and we got to see the full extent of the contrast between our 2 main characters. After that, however, by episode 5 the pacing was broken. The fights with Bahl were a bit boring, episodes 6 and 7 were meaningless filler and really were horrible leads into episode 8. Speaking of episode 8, the big shock is supposed to be Adel bring revealed as a traitor and tries kill the Queen of Light. He then justifies his reasoning as the Kingdom of Light looking down on the Kingdom of Darkness and treating them as inferior. However, after the 2 filler episodes spent the entire time showcasing how everyone, including Adel, was enjoying the new found peace and really becoming friends with each other, it feels so out of place. The structure for episodes 5-8 is poor and those episodes don't mesh well at all. Animation: It's unequal. That's the best way I can put it. You can tell the animators spent more time focusing on certain characters than others. There's this quartet of brothers (I assume they're brothers?) where not only are their designs horribly bland, but the only distinguishing features between each of them are their sideburns and eyebrows. Conversely, The Queen of Light and Prince of Darkness look out of place with the bland and boring backgrounds. All in all, I didn't mind it at first, but as the series went on I got distracted by it. Soundtrack: It's solid. Not much more to say about it. Characters: In a show full of weak points, this might be the weakest one. For one, we hardly get a backstory of any character not named the Prince of Darkness. We learn some of Cima's and the Queen's backstory. In fact, we don't get a backstory at all for some of the main characters like Groza, Adel, or the King of Darkness. 8 episodes in and we have barely seen the king, and he's supposed to be the guy who the Prince will take the throne from. The dialogue isn't much better. Our first dialogue of the series, between this underling named Skears and the future Prince of Darkness was tremendously awkward, and that set the tone for the entire series. It often seems like the writers are shooting for memorable quotes instead of generally solid dialogue, and it doesn't work. The Prince of Darkness and his interactions with the Queen of Light are also awkward. Intially, their first meeting is strictly business, but I guess he finds her attractive and falls in love with her (not the best start, but passable I guess). By episode 5 they have a solid friendship and it's clear they have a mutual respect. But then by episode 8 (after the 2 filler episodes where their interactions didn't change much) and Adel's assassination attempt, he's cradling her in his arms like they're a couple madly in love. The pacing of their relationship is terrible, and instead of gradually increasing it's randomly jumping is stages. Overall: As I stated above, I really wanted this series to succeed and surprise everyone. It failed to do that, and outside of its decent soundtrack, it hardly has anything going for it. Favorite Character: Prince of Darkness. We get to see his progression and how his character changes. He's the most well-written out of everyoneLeast Favorite Character: The quartet of brothers who are supposed to serve as comic relief, but fail miserably in the role. Also, Adel has to be mentioned since his character got ruined after episode 8 due to the horrible structure between the filler episodes and episode 8.

Bruh. This is one of the worst anime I've watched in my life. The storyline is crap. The character development is crap and the ending is even worst. I'd prefer other anime than watching this.

I can't say this series was either great or horrible.  It lacked a certain kind of cohesion and solid foundation.  The story felt a bit surreal and perhaps that was intentional but it left a few gaps to fully get a handle on.  The ending was both a little confusing and a bit of a let down.  I'm not entirely sure what happened but it wasn't the best ending plus it felt a bit pointless.  The characters were not the best or strongest in development though for the most part looked good and were well drawn.  Frankly speaking the basic story was weak as was the setting that wasn't very fleshed out.  It was still pretty fun to watch with decent action.  Yet many characters had abilities that weren't very well defined or expressed.  The contrast of the lands was appealing and a bit poetic even if lacking in clarity and depth. It looked as though a fundamental life lesson was about to be exemplified only to vanish as if it were a plot tease.  That's not really the best way to win fans though.  The romantic looked more promising than actuality.  The story despite how it progressed at least started out well and interesting enough.  It vibes like some of the great anime romances like Snow White of the Red Hair or Evergarden but doesn't execute as well.  Several characters start well enough but become stiff and mechanical.  The main antagonists are almost completely undeveloped so it makes the story dry under-rewarding.   The lead protagonist is appealing enough but also looks somewhat standardized.  His look is more unique than his general character or skills.  It isn't enough to pull this series ahead in the quality race.  The series teases across a few genres and sub genres but mostly focuses on a spiritual/pseudo religious romance fantasy.   You can: certainly pass the time watching it; it has good action; the monster variety is better than most; and it is slightly better than average overall but it's: meandering into flat character development created from a generic template; a crappy ending; and practically empty enemy characters limit its potential. 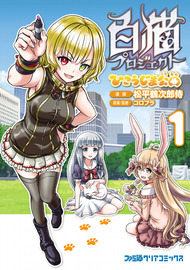