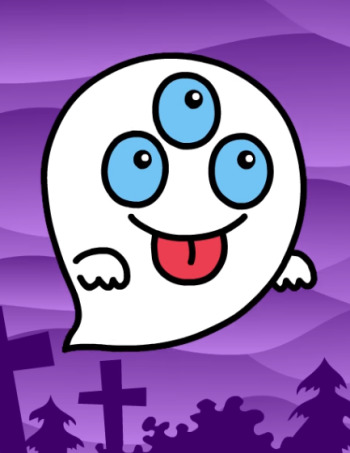 If you're looking for manga similar to Shirokuro Obake no Ekaki Uta, you might like these titles.

The tormented Kuriya is threatened by his classmate and and goes to investigate the "Tatari field", but then meet many horrible youkai

This is the story of Ichiro, whose life is changed forever when he discovers a procession of ghosts walking down the street and with a local reporter tries to figure out why the ghosts are walking through town.

Yoruko thinks that the murder her brother committed seven years ago is a secret to only between them. But the sudden appearance of the victim's hairpin as a present during Ryuuichirou's birthday party makes Yoruko wonder if somebody else knows about their dark secret.

During their school days, Rin and Karaku were a detective duo of sorts. One day they meet again as adults, and indulge in a stroll down memory lane together. But what one of them doesn't know is that he is already dead, wandering the earth as a ghost...

Finney Bleak lives in a world of horror—literally. His family members are ghosts, his classmates are monsters, and Finney is the most normal kid in school. But within the halls of Mephisto Prep, normal is the new weird and Finney dangles from the lowest rung of the social evolutionary ladder. Then along comes Jenny. Smart. Beautiful. And totally into Finney. Only problem is, she’s kind of dead. Just how far will Finney go to be with his true love? Let’s just say not even Death can stand in his way!

Training the Ghost Who Possessed My House

Can you sexually liberate an immature ghost?! A ghost possesses a human in order to scare him, but finds his body being played with instead... Wait, what?! The ghost tries to frighten Minato, but Minato, able to see him, is completely indifferent to his attempts. In fact, he finds it amusing! When Minato decides to tease him in return for a little fun, he finds that this ghost reacts in the most adorable ways... Feeling his sadistic side take over, Minato decides to train his new ghost companion... What will happen?!