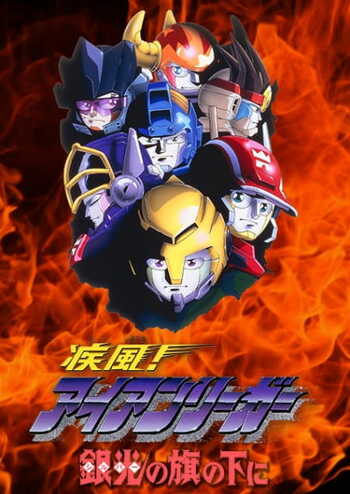 In the year 2099, the world of sports has been changed forever due to the addition of athletically inclined robots. For Karu Duck High's baseball club, these expensive opponents on Eagle High's team present a large challenge, especially if they want to win the championship, and their pride! With no money to spend and one player short, the team decides to do the only sensible thing -- purchase a second-hand maid robot to help them win?! As the tournament approaches, this group of students must help a cleaning machine be a baseball star, all without ruining her circuitry!

Tokio and his father Amon go to the soccer country of Elevenia where they see a parade of the strongest soccer team of that country, the Winners. Amon challenges the team captain Leon to a soccer battle and, when Amon loses, Leon turns him into a miniature dragon. Tokio sees the fight and decides to challenge against Leon so that Amon can become human again.