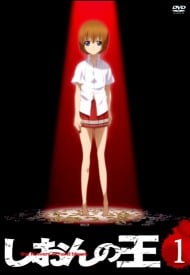 StoryI have a guilty secret. Actually, scratch that – I have numerous guilty pleasures. However, what I need to confess to here is not that I cannot get enough shoujo-ai or detective anime series; one of my more recent professions has to be for a surprising love of shows based upon board-games. The passion was ignited by the powerful Hikaru no Go and now I have a definite soft spot for watching the rise of the underdog due to the somewhat captivating Shion no Ou. Focussing on the mute heroine, Shion, the series explains her gory past as she watched her parents brutally murdered as a toddler and was then subjected to a game of shogi by the ruthless killer. After being told to stay quiet or die, our young protagonist lost her voice, but also grew into a highly determined “general’s chess” player. As the anime charts her struggle to overcome the preconceptions of females in the competitions, Shion says nothing but wins the hearts of many with her polite behaviour. Although initially inexplicable, her unwavering courage and naive girlishness are enough to win over even the most hardened shounen fan. Just as interesting though are the side stories, such as Saito’s big secret and her tragic past that led her to becoming a shogi player. Building the friendship between her, our heroine and the dignified Nikaido, the series showcases the personalities as they form a comfortable dynamic. Unfortunately, in the words of Highlander, “there can be only one” and certain members of the trio are unceremoniously disposed of from an important tournament. Having chronicled their struggle against the odds and Saori’s sudden transformation into a lovelorn bore, the show loses some of its initial forward momentum. Split roughly 50/50 between murder mystery and what is essentially glorified chess, Shion no Ou has a habit of trying to seamlessly combine both and instead producing a complex mess. That said, the free-for-all shogi matches during the mid-point of the show are strangely addictive, and I found myself watching eight episodes back to back - and that is without understanding any of the game! Unfortunately, the tournament ends too quickly and the turbulent confusion returns with a vengeance for what is one of the worst climaxes I have seen in a long time. Only an “if it weren’t for those pesky kids...” from the killer would have completed the clichéd Scooby Doo storytelling.AnimationStarting out strange, but quirky, the animation for Shion no Ou is far from mainstream. Studio Deen have produced an impressive list of anime titles, and each is as unique and interestingly drawn as the next. However, this show, the second half in particular, seems to have sneaked under the quality bar; characters seem to metamorphosise before your eyes as it seems fan art was used to conclude the story, due to the paid artists no longer being arsed.SoundWhilst the OP and ED are usually the pinnacle of an anime soundtrack, the ambient music is also delightfully captivating. Enticing the viewer into the show with a visually and audibly fascinating ninety seconds, the following twenty-two minutes of animated pleasure are accompanied by a variety of emotionally stimulating music; jazz, sweeping flutes and dark rock portray feelings and create atmosphere much better than any animated character could. Bringing their A-game to the table, Shion no Ou’s Japanese seiyuu pull off a superb performance that truly brings two-dimensional characters to life. Although a mute, Shion’s inner monologues add tension to each of the shogi matches whilst also giving an insight into her inner struggle to come to terms with a bloody past. Romi Park also delivers an excellent performance as Saito, being discrete enough to keep the "secret" under wraps.CharactersBalancing the battle of the sexes, Shion no Ou highlights the difference between male and female; from the preconceptions of an onlooker, to the realistic day-to-day expectations and treatment of a professional and experienced Meijin compared to that of a lowly kishi. Nikaidou is typical of a daughter born to a wealthy family; with a wicked sense of humour, she is sculpted into a fascinating femme fatale, who seeks nothing from the game of shogi but the approval of Hani Meijin. My emotions were torn with Saito who successfully covers multiple key roles. From initial antagonist to loyal friend, her story is extremely tragic and probably makes her the most robust in the show. However, Shion herself becomes a letdown; dragged into a bewildering battle of good versus evil, I can’t help but feel our mute heroine could have been developed into something much more epic.  Spending a great majority of the show trying to figure out “who-dunnit”, the writers have carefully designed the remaining characters to arouse a certain amount of suspicion in the viewer. Using the art of misdirection, each potential killer is allowed a reasonable amount of development and an intriguing exploration of their history that could potentially explain their homicidal tendencies. Unfortunately, when the suspect is finally pinned down, his motives aren’t satisfactorily explained, and he comes across as somewhat of a pointless nut job.OverallStarting off as a mediocre and wishy-washy board-game anime and ending as a confused murder mystery, Shion no Ou is occasionally intelligent and frequently fun enough to entertain the viewer; however it is lacking in re-watch value. Whilst not as impressive as Hikaru no Go, there are more than enough plot twists and likable characters to keep the DVD in the enjoyable pile, but too many glaring faults to promote it to the upper echelons of excellence. 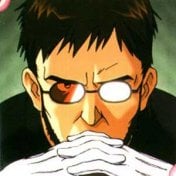 Shion no Ou's description painted a picture in my head of Hikaru no Go + (a bit of ) Death Note, and it delivered on that promise...Kinda... If you don't know what shougi is (like I didn't at the time of watching) it's practically Japanese chess...Not knowing ANYTHING aboot Shougi/chess, I was rather hesitant to watch, but I figured I gave Hikaru no Go a shot, why not?! What's start out with a rather dark opening, devolves into a half and half story...On one side you have Shion and her friends playing through tournaments and up the ranks ofshougi in order to better themselves...On the other side, you have a couple of detectives trying to unravel the mystery of Shion's parents murder 8 years ago... So the Death Note portion isn't as deep as I would have liked and the ending seems rushed and the motive of the killer is bizarre to say the least...Overall, I liked it, but felt it wasn't as interesting as I thought it could be, though I enjoyed watching it...I bet if I knew more aboot shougi, that would have helped the intensity of the matches... Still, good series, worth checking out for a 22 episode series, check it out!! 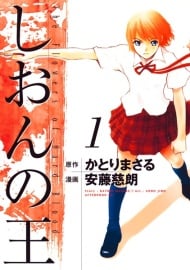