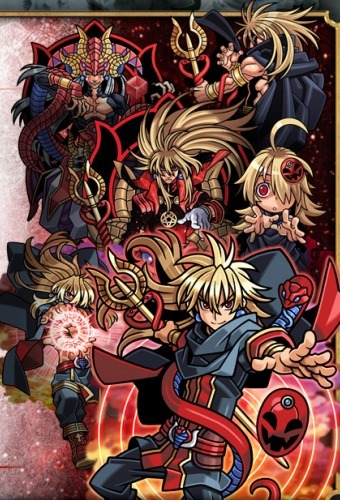 If you're looking for anime similar to Shinrabanshou: Tenchi Shinmei no Shou, you might like these titles.

The Sprites of Floria

After an invasion by the Vivolian army, the Sprite Himawari and her childhood friend Tsubaki flee their homeland of Floria for the town of Romton. There, they live out their lives in peace... for a time. One day, Himawari's friend and fellow Sprite Ajisai is kidnapped by mysterious strangers. Now Himawari and detective Tsubaki set out to rescue her, but find the dreaded Vivolians standing in their way!

The official music video for Christmas from the album ワンルーム叙事詩, by amazarashi.

Do you remember your past? Do you know who your parents are? Himejima doesn't have these answers. She learns that her "parents" are not her real parents and that she was discovered in an old temple. When she returns there, she is taken to a different time, a different land: the land of her birth, where she must bring peace to the world before she can find her way home.

When Luda was a young boy, he was taught about the powers of the wind from his father, powers he would someday inherit. The tranquillity of Luda and his sister Ansa's lives was finally shattered when a young woman named Agahali, under the command of Lord Zanark, destroyed their village and killed their father, for he possessed the power of the wind which could destroy their kingdom in the sky. With nothing left to lose, Luda must now act quickly to destroy Zanark and his father's murderer with his newly discovered power of the wind.

The war between the Heike clan and the Genji clan continues. This time, Nozomi has to fight a powerful supernatural enemy and make a choice: protect her friends and stay by Kurou's side, or choose her first love, Masaomi, the leader of the Heike and her enemy.

When Jojo and Jirulu decided to go exploring in a series of caves, they found much more than they expected; for the duo inadvertently stumble across the legendary Iron Giant Galient's resting place! Though initially incapacitated by a blinding light, Jojo awakens in a trance and enters Galient – but what’s even stranger is that he somehow understands how to pilot it! How is this possible, and what is the connection between the mysterious Hirumuka and the lights which were seen during Galient's awakening? Can Jojo solve these mysteries, while also fending off the army of the tyrant Mardoul?