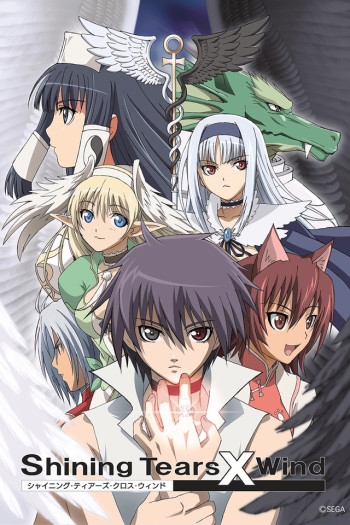 Before we start... one of the worst titles I have ever encountered. OK, characters, paper thin, no depth no emotion, its like this for our main character, "I'm a good guy and don't do bad things." Actually at one point the main character changes and trys to show everyone they can be mature and solve problems when working together, this is good, but he kinda shows it off like, "look at me, i'm better, so hurry up and change." The person most relatible was a robot (however they did her relationship really well!)

When i started this i had high expectations, the first half of the first episode was really neat! Music worked really well to portray an emotion and the camera angels added with the sense of mystery surronding campus, but as soon as they left school story went way downhill IMMEDIATLY.

Minor problems everywhere, zombies aren't undead, the recap at the begining of the episode couldn't even deliver a normal intro, "And souma said that he couldn't agree with that sort of thing."...another example, no way to beat these enemies, oh i'll just shoot them with special arrow, but why didn't I do that from the start?...

Does this have comedy? no not really. Action? its horrible. Very cliche, i love RPG's and it makes me very sad.

Students are mysteriously disappearing from a prestigious school. It turns out that the boundaries between two worlds are weakening, and several friends find themselves whisked to the "dream continent," a land torn by conflict between humans, elves, and beastmen. The story was pretty fast-paced in this series; it probably would've been better if it had been given the full 26 episodes. But still, it was very entertaining, with lots of fantasy action and adventure.

This anime was almost PERFERCT! I don't why it didn't reach 10... I just felt something was missing or ignored! I don’t know!

The storyline was amazing and fantastic and there wasn’t anything wrong bar that "THING" that is bugging me!

The animation is well done and clear.

The sound was great and the voice actors were really well picked and done.

The characters! WOHOOOO! AMAZING! I don't really know what else to say!

Overall I loved this anime and it was almost there... almost perfect.