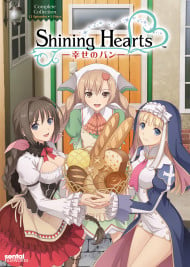 Wow, just oh my god this sucked I truly regret watching this, my stomach actually feels queasy right now. I am so upset that I’m smiling I did not know I could be this disappointed in fact I’m past disappointed I’m past angry I’m am truly happy that I will never have to see this again. I feel giddy as I start this review never have I ever been more happy to utterly destroy a show with my review than I am right now. Let’s get started shall we. There will be spoilers because you should not watch this anyway. Story- The story started out boring and only got worse. It was like the writes decide to just throw any random plot line and add a popular character type and say there’s a story arc. What’s worse they just dangled interesting thing in front of your face and yanked it away as soon as you stared giving a crap about it.      First thing they do is introduce our main cast to a community of elves who apparently live in a magic forest and when I say community I mean two because we are introduced to the idea that there is a whole tribe of elves living there but we literally only ever see two of them where are the rest of the tribe? Who knows, and when I say magic forest I mean one tree that’s all you see of this magic "forest" and what’s the conflict? One of the two elves does not like humans, why? Who knows, but you know how to solve all your problems? by giving people bread and all of a sudden they like you, screw talking about your differences and resolving issues just give people bread and that will solve everything.   The next big event in the show is that a girl washes up on the shore of the island just like the protagonist and they do nothing with that till the last four episodes. Last story before the shit really hits the fan is of a little flying demon blob thing coming in to by sweets every day for an unknown reason. After an unspecified number of days go by the three main girls decide to tail the little thing and end up in a big creepy mansion behind a grave yard where they find out the demon thing is really the familiar of this gothic loli tsundere, I laughed as soon as this character was introduced because I knew no matter what bullshit story they came up with for this character I would hate it and I was right. Now you would think based on her appearance and the fact that she has a familiar she was into some kind of magic but she is not she makes ready for this...ice-cream where the hell did that plot come from a gothic loli tsundere who makes ice-cream apparently she had been sending Saito oops I mean her familiar to get pastries so she could make sweeter ice cream based off it. Guess how her problem gets resolved... that’s right bread YAAAAY. I’m gonna stop here because honestly I could keep going on and on about what was screwed up with this amines story, but don’t worry I just covered about eight episodes of this god awful show and those where the good parts the really sucky stuff comes after this and you would be better off rubbing sand paper in your eyes than read about or watch that part. Animation- No problems here. Sound- Mostly fine some tracks don’t fit the scenes they are played over and many of the characters voices get really annoying but compared to the rest of this show this is very minor. Characters- I have one main gripe with these characters who the fuck acts like this almost all of them where washed up on this island with amnesia and not a single one cares about regaining there lost memories it’s just oh well I’m here now let’s forget about what my life was before. Any responsibilities I may have or family that might miss me can go fuck themselves cause I’m staying here without a single thought about any of the people I may be hurting with my complete apathy. That, in a nut shell, is the attitude of almost all of the island inhabitants with any Importance except the protagonist, he is like that initially but then gains some common sense which all the other characters want him to give up on having which he does. That brings up another problem who is the protagonist, who is he? What did he do before coming to the island?? That is never clarified and in the last two episode he grows wings and starts firing lasers out of his sword what the fuck. Moving on the character look like everyone was designed to be in a hentai excluding the prop people and two old people. It’s just big boobs on almost all female characters and the ones that don’t have them are lolis, there are only three male characters in this show that are not props one of them doesn't appear till the end and the other is an old dwarf.  Overall- Don’t watch this it is not worth your time you are better off watching sword art online which is not great but it is a better fantasy than this will ever be. 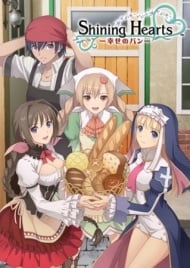 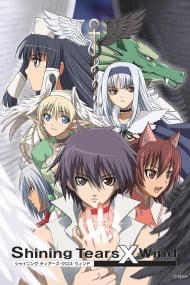