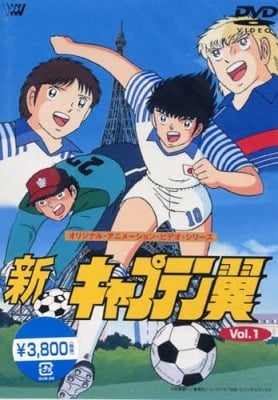 Let's play some real football! Shou Kazamatsuri is a middle school student who loves soccer but is not quite adept at it. Shou went for a time to the prestigious Musashi no Mori soccer school, but was disillusioned due to being a bench warmer. Determined to prove his worth, Shou transfers to a school with a little less glitz and a lot more kibitz. But becoming a player takes more than just desire. Join Shou as he works towards his dream of being a star soccer player along with a group of ragtag players determined to be the greatest junior high squad ever assembled!

Believing himself to be useless at soccer, Kakeru Aizawa instead becomes the manager of his school's soccer team, while his brother Suguru is its ace, and is even good enough to represent Japan in the championships. However, Kakeru may have a yet unknown strong talent within himself that only his brother Suguru can see, and they often get into arguments over Kakeru's denial of his skills. Things are made more complicated with the return of Nana, an old friend of theirs that Kakeru has a crush on.