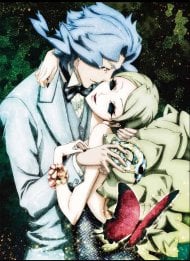 Two brilliant additions to the story (which are already included before the final episode on DVD). One follows Hasegawa as he witnesses how evil the villagers can be when they ruthlessly slaughter the underground Shiki they once knew as neighbours, and the other follows wife and mother of 2 children Motoko Maeda as her mental state begins to deteriorate the longer the "epidemic" goes on. One will have you crying your eyes out for both Hasegawa and Nao, and the other will give you goosebumps and possibly scar you for life...

There are two ways to look at this anime. Together, in addition with the original Shiki series, or alone. Does it matter which way you choose? Not really since this series is the spitting image of all that ever held the title of pure awesome.   Story This DVD Special tells the story of the whole Shiki series from the view points of a few minor characters. However, Shiki specials covers mainly the aftermath of the vampire epidemic. It tells the story from the perspective of the vampires as they are being hunted down and  ruthlessly killed. The story of this small, two episodes series manages to be outstanding even without taking into consideration the original Shiki.  I would still recommend watching it only after watching the original to get a good idea of the events that are unfolding. There has not been a single other series that has had my heart pounding within the first 10 minutes. Shiki Specials takes the concept of "is it OK to kill to protect yourself" to a whole new level. The original Shiki covered the emotions and suffering of humans as they tried to protect themselves from the vampires, but the specials reverse this order and causes us to look at the "enemy" in a new light while forcing the viewers to rethink the idea of "justified killing". The series takes the monsters and demons we know to hate and throws them back at us as the victims... and hell, it works. This short, 40 minutes special also manages to fit in the corruption and questionable actions of humans as they do what they think is "right" or "morally correct" or even "for the good of everyone". Yes, this series covers in 40 minutes what it takes other series 20 episodes (or series like Gundam around 50 episodes) to begin showing. The story is deep, full of gore and wonderfully executed.   Animation Vibrant colors melded in with dull shades and out-of-this-world effects, just what you would expect from a 2011 anime. The colors on the characters where bright and sharp while the background and most effects consisted of darker, more blurry shades that give a very unique tone to the series. A lot of focus was given to the colors and designs of the eyes and effects. The eyes are nothing like what exists in other animes. It almost feels as if they are able to pierce the soul (or maybe i am getting excited over nothing). Nonetheless it was a refreshing escape from all those big, doe-eyed atrocities that plague the anime world. Effects like the combustion of vampires, portrayal of sickness, change into vampire mode and killing are spectacular to say the least, and yet,  are completely unique to this genre.   Sound I don't know much about music and its detials but i will try my best to explain it. Tell me if i get something wrong and i will fix it. The in-anime music consisted of mostly orchestral music and some bells/chimes. The music helped set the atmosphere and feel of the events as they are unfolding. An almost sad tune played when situations like death, sadness, grief (obviously) and sometimes even fighting occurred. However, the other tunes didn't sound much different from each other. They all sounded like something that would be played during a death scene in a movie (which actually makes up almost 90% of this anime). The Opening and Ending themes where good on their own, but they felt a bit too jolly and didn't suit the atmosphere of this anime. Both themes had a light-hearted effect which is in complete contrast to the series itself. Something a bit more slow paced would have been better.   Characters Shiki Specials introduces at least a dozen characters in its short time span yet it somehow manages to give each and everyone of them some dept. That depth becomes even more deeper if you watch the original series as some characters are re-introduced. Characters exemplify the typical humans and some of the typical actions said humans will do in certain, not so typical circumstances, mainly a war against the undead vampires. As the fight rages on, humans start losing their humanity and morals become blurred.  Some characters experience psychological effects of continuous suffering in the form of mental breakdowns while other completely harden up and kill their emotions, essentially becoming more vicious than the monsters they are killing. There are select few cases where i felt some sort of sadness or pity for a character. Such pity usually takes me 30-50 episodes of getting to "know" the character before i start feeling anything for him or her. Shiki specials chews up and spits out that prerequisite through excellent character development (in like 10 minutes) and causes the heart to get stuck in your throat before you even know what is going on.   Overall A true masterpiece of everything (except probably hair design). It will have you feeling tense in less than 5 minutes and put you on the edge of your seat by 15. What with only 40 minutes of run time even blinking becomes a chore as you wouldn't want to miss even a second of the story. Sure you could pause and go back but where is the fun in that? Blood splattering, people screaming, vampires dying, girls crying and general carnage with a storyline so captivating that it puts anything Hollywood has made (since Inception) to utter shame. Worth your time? Hell no. You don't know "thriller" until you have watched this, possibly after the original.

These were a wonderful edition to an already amazing series. When I watched them, they were actually placed into my series as episodes 20.5 and 21.5. They center around characters we have seen and know maybe a little about (Nao in particular) and they give a little background into what is happening to them during the vicious final episodes. We start with Nao's story. This first episode is edge of your seat intense and completely ruthless. I absolutely loved it. I was so involved with Nao and what was happening to her all the while learning about a few other characters and realizing the extremes people go to. That ending was just....wow. Man this one was so very good. The second OVA was about a few relatively unknown characters and their turmoil during the entire 6 months covered in the show. This episode was also good, but didn't hold a candle to the last. Still, Mokoto's story was pretty awesome. I would suggest to watch these either between the episodes they belong between, or after the show because if you don't, it may spoil some things. They were a great edition and it just added to the epicness that was Shiki. Overall: 8/10 Watched Dubbed. 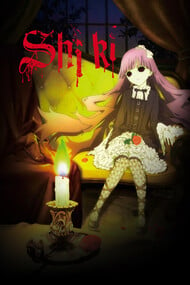 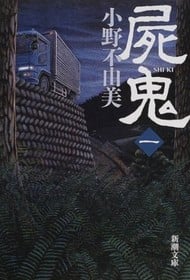 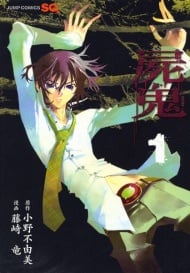