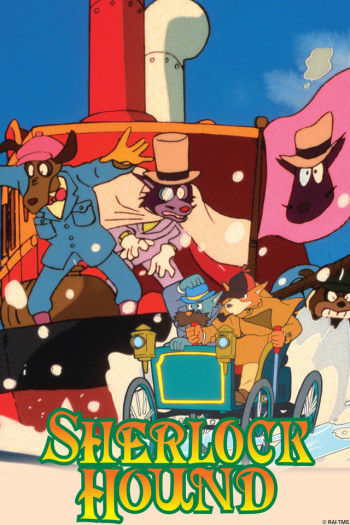 I love this anime ever since I got it from my local Library. I found it by accident while looking for a different video (which seemed to not actually be there) and so picked it up.

At first, I thought this was going to be serious like all the other Sherlock Homes creations out there but this is like a children’s version of the story. It feels strange to see Professor Moriarty actually taking part in the crimes instead of just having his henchmen doing it. It pulls away a lot from the normal story line with the difference that each show can pretty much be standing on its own and you don’t need much to understand them. It’s like a crime of the week and I don’t remember if there was any that actually went 2 shows long.

I like how whimsical they make the story and it has some of the feel as the real Sherlock Homes, although they don’t really let you try to piece together the crime yourself which makes me rather sad.

I never really liked the music to it but I love the animals being portrayed as humans. Though sometimes the dogs look like cats such as a very small boy in one of the episodes. I wasn’t surprised when I found out that Miyazaki actually helped create this show even if some of it wasn’t the greatest.