She and Her Cat: Everything Flows - Videos

Alt title: Kanojo to Kanojo no Neko: Everything Flows 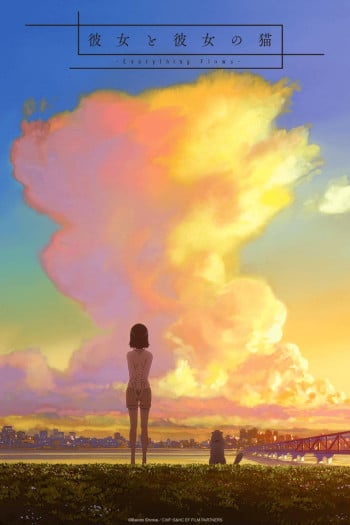 A beautiful sunset reminds her and Daru of the time they first met.

[She and Her Apartment]

[She and Her Sky]

[She and the Look in Her Eyes]

[She and Her Story]

Anime-Planet users recommend these anime for fans of She and Her Cat: Everything Flows. All available to watch right here, right now!

The story of Mikazuki Subaru, a novelist who is shy and struggles in relationships with other people, and a cat who was dumped by humans and lived a tough life on the streets. Through a twist of fate, the two of them end up living together. This heartwarming tale illustrates day-to-day life through the eyes of both man and cat. These moments seem trivial, but...

The story of a young adult living independently on their own and the life they are living together with their beloved cat.

The tone may be different, but both series are heartwarming with the main protagonist being a cat owner.

Touching stories heavily featuring cats.  My Roommate isn't quite as melancholic, but it has its heavy/emotional moments.

If you liked the more sentimental episodes of Tabi Machi, then you should definitely check out She and Her Cat: Everything Flows. Both shows have a similar atmosphere to them, and both are capable of plucking at your heartstrings.

Both of them can also be watched in under 40 minutes, 30 if you skip the OP and EDs, but I wouldn't do that, the music in both shows is a nice little addition to the mood of the episodes.

I think that if anyone enjoys either one of these shows, they should get something from the other.