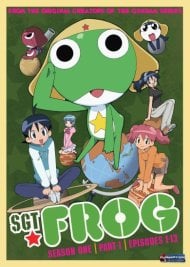 As the mighty star fleet of the planet Keron prepare their invasion of Earth, Sergeant Keroro and his elite team of commandos have been sent to infiltrate the enemy strongholds and gather as much intelligence as possible. However, it seems even his extensive military training is no match for the forces of Earth, as he is discovered and captured by the two middle school siblings, Fuyuki and Natsumi. Submitted to the rigorous torture of housework duty, the amphibious Keroro must now bide his time, covertly locate his squad-mates, and resume his mission of conquest!

Giroro: The Most Dangerous Man in the Universe, Sir! / Keroro: Rain with a Slight Chance of a Dangerous Man, Sir!

The Song of Men Who Love Their Toys, Sir!

Sumomo: A Pop Star Travels Across Space, Sir! / Giroro: A Small Angel on the Battlefield, Sir!

This is probably one of the most random animes out there, but still a favorite of many.  The Story revolves around multiple characters, in the beginning, Fuyuki, who is just your average guy that is obsessed about supernatural things, Natsumi, the short tempered chick that has some serious cans of kick-ass locked away somewhere...  And out beloved Sergeant, Keroro, the quirky sergeant that comes up with plans to pay off his massive debt, and spends his entire weapon budget on cheap gundam models.  The Plot, wait... What? no plot? what kind of an anime is this then!!? the original plot is about Keroro and his Platoon (Code named A.R.M.P.I.T.) trying to take over the world known as Pekopon (which is secretly earth, but don't tell anyone I said that >_>).  Later on, you meet the rest of A.R.M.P.I.T., Corporal Giroro, the gunslinger who's trigger finger is as fiery as his short fuse and love for Natsumi; Sergeant Major Kululu, the mad scientist who has a slight perverted nature, and is hysterically sadistic; Private Second Class Tamama, the cute one of the platoon, who has SERIOUS Split personality syndrome, and has an obsessive crush in the Sergeant Keroro(which reoccurs throughout the series); Lance Corporal Dororo, Who is a ninja that loves the planet, and hope for, instead of enslaving Pekoponians, but causeing world peace and harmony; everyone forgets his existence.  And Finally, the horrible, the devastating, the one being that will make you fall out of your chair, THE LORD OF TERROR NAMED ANGOL MOIS! wait... The lord of terror is a chick, and a tan blonde one at that? and her weapon that can destroy the world in 3 minutes is a cell phone? (it isn't even an Iphone...)  moving on, since Sergeant is such a lovable idiot, he never does anything to move forward in the conquering of Ear- sorry, "Pekopon." anyway, If you like semi-serious anime, then watch the Japanese dub, but if you love obscure references, whether it be about Google, random actors, and other pop-culture, then watch the English Dub.Demonman905 Out! 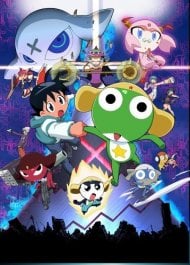 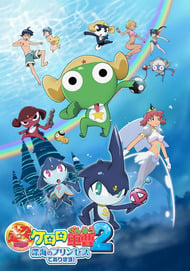 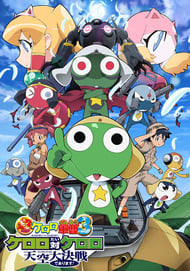 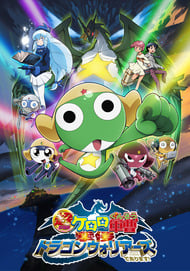 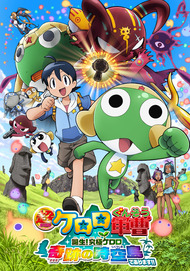 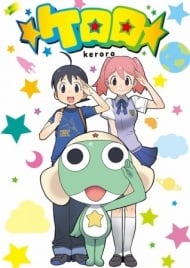 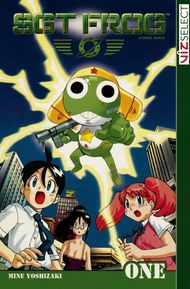