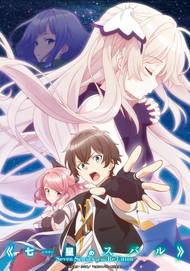 My first currently airing (seasonal) anime ever came via my participation in the Anime Lottery Game: Summer 2018 Edition. I was "blessed" (sarcastically) with the viewing pleasure of Seven Seas of the Re'Union, which is based on the Light Novel by Noritake Tao. If not for my ALG pick I probably would've never given this anime a chance. Honestly, it isn't too bad. It starts off in the MMORPG game Union with the renowned party known as Subaru. The elite six-member group isn't afraid to take on any quest in the game, regardless of the difficulty level. They decide to take on a quest where no one has defeated the dungeon boss. Unlike any others in the game, this one comes with the added challenge of permanent game over for all players defeated. What happens to Subaru in this fight changes the course of the six friends forever. Overall, the story isn't boring and does have some interesting ideas, but it's nothing overly impressive. I have not seen Sword Art Online (SOA) but from what I've read about it, Seven Seas of the Re'Union is a similar concept in that at least one character, Asahi Kuga, is stuck in the game and cannot log out. The draw here is what exactly is going on with her. Why is she truly unable to log out of Re'Union? Is it because of what's supposedly happened to her in the physical world or is it due to something within the game? From the very first episode her life, it's purpose, and her fate are made the primary focal point, at least in the beginning it is. This is what kept me intrigued the most about the anime as I'm watching it, along with the facts that I have never seen this genre before, it's part of the ALG, and the color palette of the series is keeping my eyes visually entertained. However, the biggest problem with the story is that the show is trying to be more than what it should. Specifically, the over arcing story line gets confusing later on and starts to make a major shift in direction. That shift hurts this anime, badly! It tries to be more serious than what it should be, which takes away from the overall experience the viewer can get from it. This becomes very clear once you are just past the midway point. Keep that in mind if you decide to give this anime a try. One last thing to note is the shift causes major holes in the story-telling, which become more frequent and apparent later on. Characters like Haruto and Satsuki are "awakening" their powers with no real explanation as the story progresses. The moments of angst are short-lived due to them always overcoming the odds by the end of each episode. While these moments are slightly intense and entertaining, it's disappointing as well and only further hurts the story line. Speaking of the previously mentioned visuals, bright colors are displayed throughout a generous portion of the series. Most of the backgrounds are appealing and above average. However, the characters are not particularly detailed, which is a bit disappointing when compared to the aforementioned. The animation is consistent enough to where there aren't too many scenes with characters talking, but little to nothing is actually happening or moving. One negative that does occasionally stand out is the CG animation. Sometimes it's good, other times it just doesn't look quite right. But as a whole the visuals are solid with the backgrounds and the color palette being a good representation of RPG/MMORPG games, where as the characters are lacking a little, just like their development. The characters are not much better than OK. Aside from Asahi, they oft can be lacking in development and personality. When I say that the story is most intriging because of Asahi it's because it truly is. In this case that doesn't bode well. The characters aren't bad per say, just nothing out of the ordinary. Their development somewhat comes along but at a slow and uneven pace. In the final arc, more characters feel foreceably thrown in to try and create depth in what is the weakly executed plot. Although their presence brings about some decent battle entertainment, it just lacks cohesiveness. Lastly, the soundtrack can be on the weaker side sometimes and can get lost in what's happening on screen. The sound effects applied when items are found and used during Re'Union battles or when special attacks are used could be better too. They are practically nonexistent in a few occasions. However, when the battles are more intense or significant, then the audio (as a whole) does come through much better and adds a certain flare to the moment at hand. This happens a great deal more in the second half of the series. For my very first anime of this type, Seven Seas of the Re'Union is a somewhat enjoyable, colorful anime where the entertainment value is average at best. I have certainly seen better shows, but I have seen some worse ones as well. If nothing else, it does pique my curiosity about watching SOA and other MMORPG and Guild-based anime. Regardless, having watched the series in its entirety I cannot completely stand behind it or recommend it to someone. There are just too many unanswered questions, both in story and in the characters to come away feeling satisfied enough. ENTERTAINMENT SCORE:  6/10 1️⃣Weighted Average System Score: (12 + 8 + 6 + 15 + 12 = 53/100) Additional Information: Video Format:  HD Streaming Audio Format:  Japanese Audio (with English subtitles) Publisher:  Amazon Prime Equipment Used:  Lenovo TB-X103F Tablet (with Dolby Atmos)

I had huge expectation after reading its synopsis but ended up dissapointed by the third episode. the kings avatar, sword art online overlord should not even be considered as recomendattion of this anime. Great leap of time and six years latter the protaonist is a sad looser. 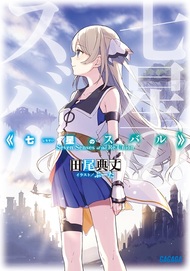 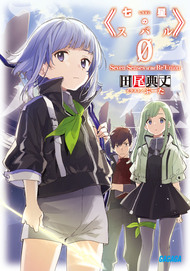