Seraph of the End: The Beginning of the End - Recommendations

Alt title: Owari no Seraph: The Beginning of the End 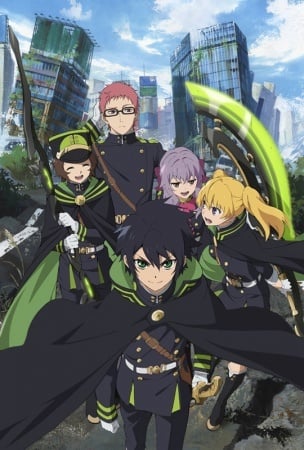 If you're looking for anime similar to Seraph of the End: The Beginning of the End, you might like these titles.

Both Yu and Eren are motivated to become soldiers because of their desire for revenge. Also both are full of action and monsters. They both have characters you'll become attached to!

A recap of the first three episodes of Hellsing (TV), in the animation style of the Hellsing Ultimate OVA.

Hitori no Shita: The Outcast Recap

Akira is in the midst of the final battle between the human race and vampires. He only has 47 days until Japan is turned into an island of vampires. Each of the 12 episodes of Higanjima X tells a self-contained, stand-alone story, adapting key scenes and dialogue from the manga while adding some original elements