Sengoku Basara: Samurai Kings - Clash in the Inland Sea of Seto! Fugaku, the Great Fire-Belching Fortress of the Sea! - Reviews 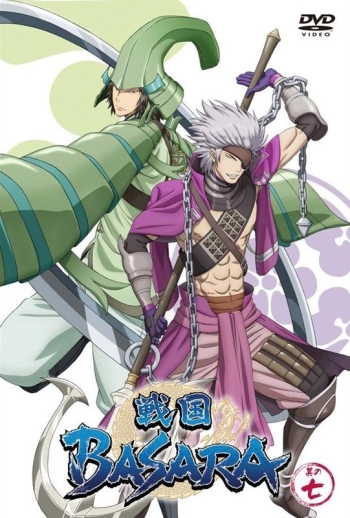 Ok this is clearly the best "Episode" of the first season (if you can call it an episode). It is kinda a different perspective of what happened in the Seto inland while the whole thing with Nobunaga is going on. So Keiji was sent out to convince Chosokabe and Mori to join the anti oda alliance. It basically shows what we never got to see in the 1st season and well....it's really good....wanna know why? BECAUSE YUKIMURA AND MASAMUNE AREN'T THERE...na joke...but really it's an action packed and overall interesting episode because throughout the first season we never got to see anything from Chosokabe & Mori. The Animationstyle is overall better and the soundtrack fits.