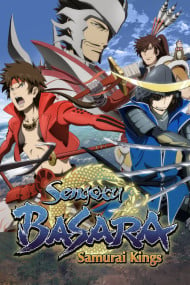 After a friend told me about this anime I just had to watch it. This show takes some memorable characters and events in history and changes them giving them a new feeling of life. This show has some incredible action sequences and beautiful animation makes Sengoku Basara a show worth watching if you like action and good plot. The story is about war in Old Japan, but in a different scene. You notice this early on with names that have wrought through the history books of Japan. Despite the fact that many of the actual events weren't portrayed in this story, it still held true to the context of war, alliances and the will to thwart evil when it rears its ugly head. I didn't find any real boring points within the story, although I did find that there could have been more originality put into the story itself. I also did get a sense of a slight tear jerker if you pay close attention to the story between the characters. Which by the way, I'll touch on last since it's what really sells this anime. The animation was done very well, although there were moments during fight scenes that seemed recycled from various other works from the leading company Production I.G. Overall though, it was pretty well thought out and planned nicely, no thanks in part to Capcom's character design team.The sounds are actually extremely awesome, with an in your face soundtrack and of course an awesome voice acting team. I was oddly surprised that even the English dub voice actors didn't put me to sleep, or sound like they were just merely reading off the script out of sheer boredom. It was refreshing to hear genuine voice acting on both ends. And finally the bread and butter to Sengoku Basara, the characters. The main cast themselves and even the supporting cast really sold this anime in a big way. Each with a uniquely great storyline filled with a vim and vigor that even those who never heard of this show will grow to love. From masters and their vassels to rivalries that surpass the test of time. The funniest is of course between Takeda and Sanada, with almost every episode filling out a hilarious moment that will be remembered for those that have watched this and to those that will eventually watch it. "Master!" Sanada. "Sanada!" Takada. The back and forth antics are just to funny not to love.  Even the love between Kasuga for her master Uesegi is one that gives a sense of joy an pleasure, but not in a perverted way. Lastly the rivalry between Date Masamune and Yukimaru Sanada was one that leads into friendship in the heat of battle but turned back to rivalry as they take down Nobunaga. There are various other instances that you'll quickly notice as well when you watch this anime with other supporting cast member the chemistry and bonds between each story was very nicely done. Overall Sengoku Basara gets a 8/10 and here's why. Again the characters and sound really sold this anime, the story could have been longer than 12 episodes, which by the way really made me feel that the guys at Production I.G. didn't think that this anime was going to be a success, or maybe some other alterer motive. The other reason was because of the story, it felt more or less unoriginal (despite it is an historical anime) I guess I might have been looking for something more. I was leaning towards a 9.5/10 but felt that was way too strong. I know there is a season 2 which I intend on watching sometime this week or next depending on my schedule. Well that's it, your moment of Zen wrapped up pretty nicely. I highly recommend this anime to anyone who's into history, laced with action, samuria and of course an anime that brings a great deal of comedy, even in the smallest of forms.

This anime is very exaggerated and over the top in most ways. It is  still fairly entertaining but at times you may question why you are watching it or why these characters  are the way they are. Not much going on with the story, there is constant strife and everyone will be fighting pretty much at all times, that is also the good news, it looks good. Overall it is okay. 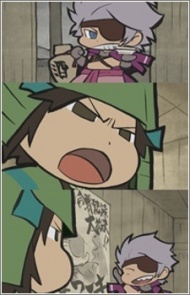 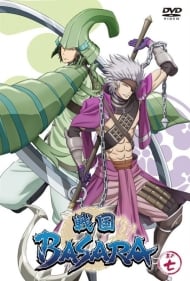 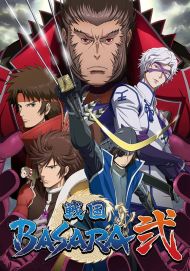 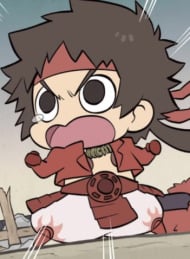 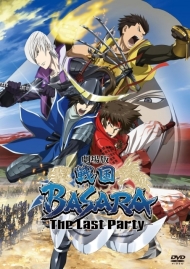 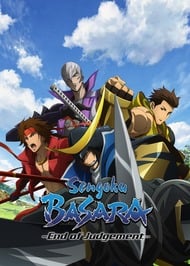 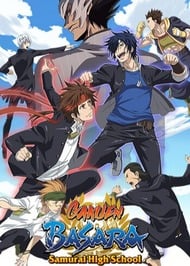 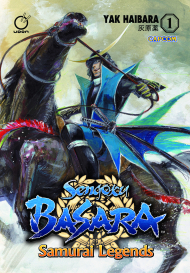 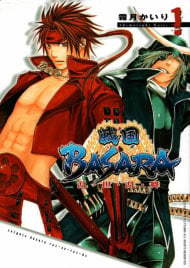 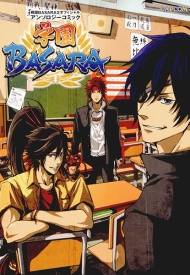 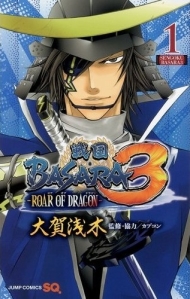